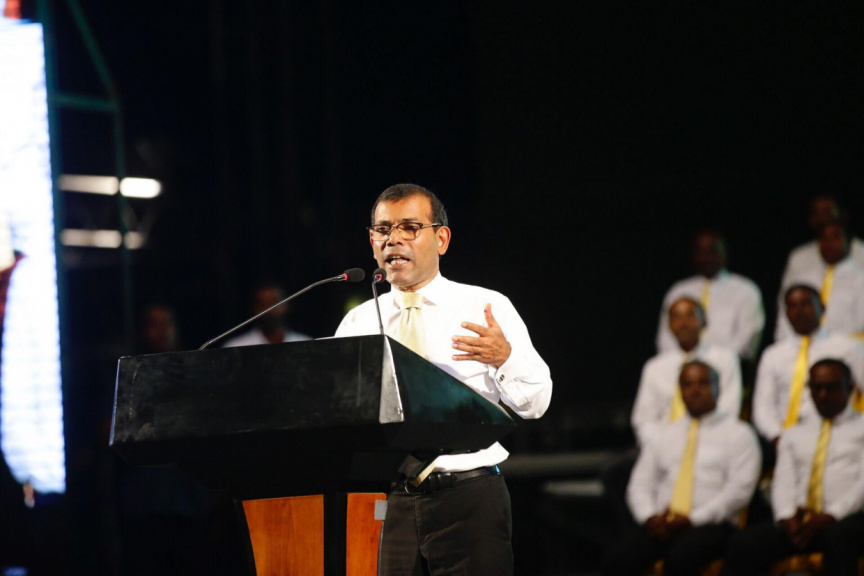 Former President of Maldives and Leader of the governing party Maldives Democratic Party (MDP), Mohamed Nasheed has stated that the Attorney General Ibrahim Riffath is honorable.

Nasheed tweeted that, in his experience Riffath is a very honorable man.

“I do not believe that he has been involved in any act of corruption,” stated Nasheed.

Nasheed's expression of confidence in the AG comes as Riffath faces mounting allegations he used his power and position to influence court cases filed against the State in favor of private companies - awarding them with huge settlements.

One of the allegations is regarding the MVR 348.10 million settlement to Deebaja Investment Private Limited - which the company recently won upon appeal at the Supreme Court based on a technicality.

In response to the allegations, Riffath said that he had never favored anyone, or made any corrupt deals with anyone at any point during his career.

He also said that he gave up his lawyer status to serve the public and citizens, fairly and justly.

The State has filed a motion with the Civil Court asking for an annulment of the enforcement of the MVR 348.10 million settlement.

The court's decision against the State is highly unpopular. Prominant attorneys such as former Attorney General Husnu Al Suood have spoken against the decision.

Maldivian as the airline partner of TTM