2 bodies found at home of woman in German crossbow case 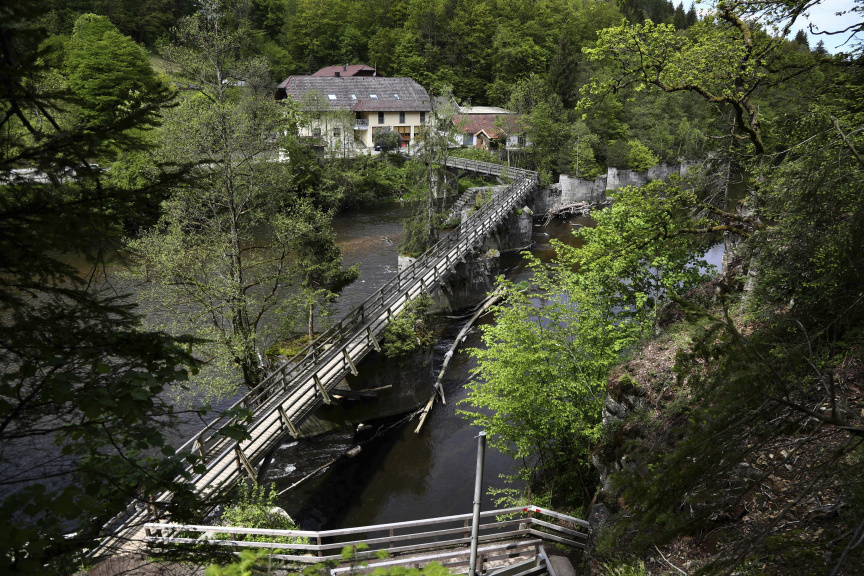 A guesthouse is pictured at the river 'Ilz' in Passau, Germany, Monday, May 13, 2019. (AP Photo/Matthias Schrader)

BERLIN (AP) — The bodies of two women have been found at the apartment in Germany of one of three people who died at a hotel several hundred kilometers away in a mysterious case involving crossbows, police said Monday.

Police said they didn't immediately have details of the identity of the women found in a search of the apartment in Wittingen, in northern Germany, and what happened to them. They said in a statement that they are investigating possible links to the three people found dead in Passau, near the Austrian border, on Saturday.

The discovery added a new level of mystery to that case. Investigators were still trying Monday to determine the relationship between the three people whose bodies shot with crossbow bolts were found in Passau.

Bavarian police spokesman Stefan Gaisbauer said earlier Monday there are no indications that anyone other than those found dead were involved but that it is not yet clear what happened.

"We assume that no other people were involved in the deaths of the three," he said, adding that autopsy results were expected Tuesday.

The dead, a 53-year-old man and two women aged 33 and 30, are all German citizens. The man and the older woman are from the village of Berod in the state of Rhineland-Palatinate in southwestern Germany, while the younger woman was last registered as living in Wittingen. Police didn't release further details on the identities of the three.

The bodies were found at the hotel in Passau on Saturday morning by an employee who opened the door to their three-bed room when they didn't respond to repeated knocking.

The man and the older woman were lying together in bed, while the younger woman was lying on the floor.

Passau prosecutor Walter Feiler told the German news agency dpa later Monday that the couple on the bed had several bolts in them and was found holding hands. The woman on the floor had one bolt in her body.

Two crossbows were found Saturday. Police said Monday they had found a third, unused crossbow inside a bag.

Crossbows can be purchased legally in Germany by all people aged 18 or older.