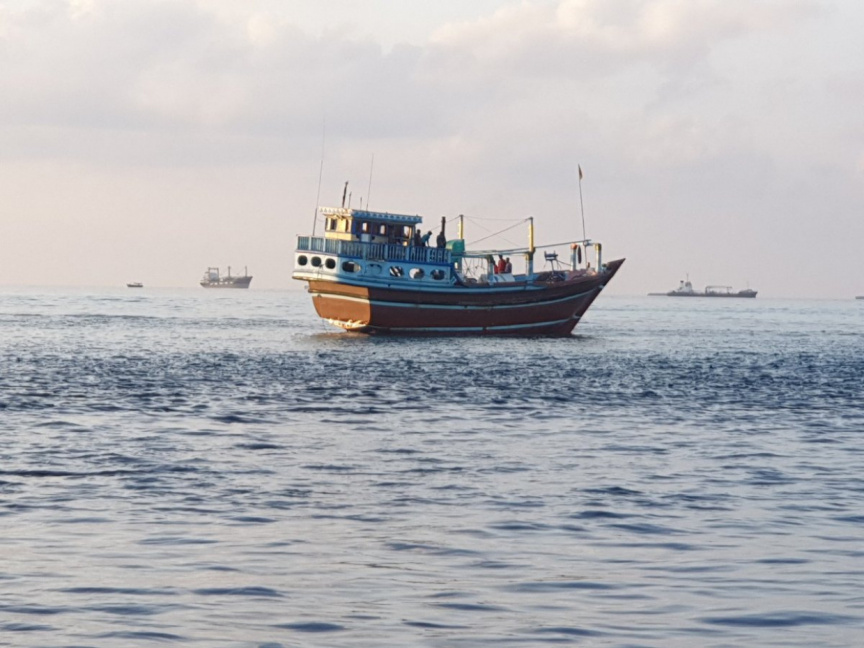 The Coastguard has captured an Iranian ship carrying trafficking narcotics from within Maldivian waters.

Maldives Police Service announced in a statement last Monday night that the ship was captured in a joint operation run by the agency and Maldives National Defense Force (MNDF) from 126 nautical miles to the west of B. Atoll.

The agency reports that its intel indicated the Iranian ship was regularly used for drug trafficking in the region.

Seven suspects have been arrested in connection with the case, and the Maldives Police Service reports that “a large quantity of drugs” were found onboard the ship.

The specific quantity and type of drugs found on board the ship is expected to be released after the further investigation.

Maldivian authorities recently uncovered 150 kilos of drugs buried in an uninhabited island located in G. Dh. Atoll. The large drug shipment was trafficked into Maldivian waters via a foreign ship and transported to the island via a speedboat. Four suspects were taken into custody in connection with the case.