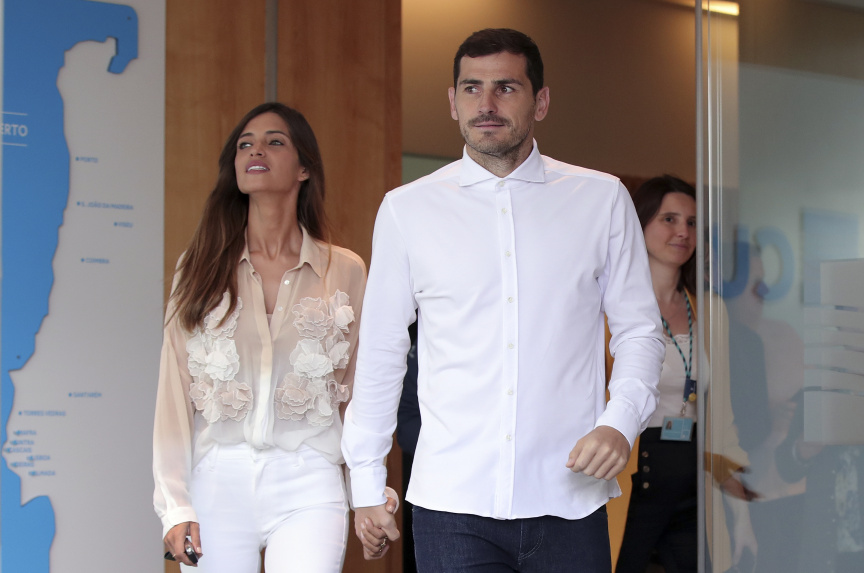 PORTO, Portugal (AP) — A cheerful Iker Casillas was released from the hospital on Monday, five days after having a heart attack.

The veteran Porto goalkeeper said he was thrilled with his recovery but didn't give any hints about whether he would keep playing professionally.

The 37-year-old Casillas fell ill during a practice last Wednesday, was rushed to hospital, and underwent a catheterization.

"I can only smile after everything that happened," he said. "It was a very difficult situation but thankfully I'm doing well."

Speaking to reporters outside of the hospital, without taking questions, an emotional Casillas said he doesn't know "what the future holds," and that the most important thing was to be standing there talking about himself.

"I'm feeling much better," he said. "I'll rest for a couple of weeks, or a couple of months, I'm not sure yet. The most important thing is to be here."

Porto doctor Nelson Puga said last week the playing future of Casillas would depend on several factors, including the goalkeeper's will to keep competing.

Casillas said on Monday he feels "very lucky" the incident didn't have more serious consequences, and thanked the outpouring of support from players and clubs from across the world.

"I want to thank the thousands of messages of support that I've received," he said.

Casillas recently had his contract with Porto extended until the end of the 2019-20 season, with an option for another year.