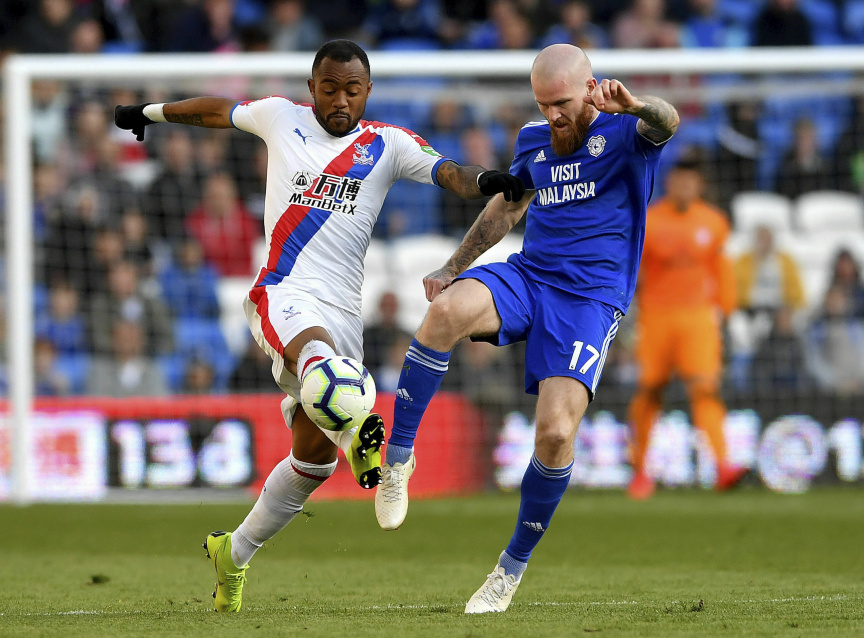 CARDIFF, Wales (AP) — Cardiff was relegated from the English Premier League after a losing to Crystal Palace 3-2 on Saturday.

The Welsh club joined Fulham and Huddersfield in going down, and will be returning to the second-tier League Championship after just one season up.

With the three relegation spots finalized with one round of games to spare, Brighton is sure of a third straight season in the top flight. Brighton, which is in fourth-to-last place, is four points clear of Cardiff with two matches to play.

Palace arrived in south Wales with a reputation for relegating teams, having been the side that guaranteed the demotion of Hull in 2017, Stoke in 2018, and Huddersfield already this season.

With Palace notoriously strong on the counterattack, it was always liable to pick off a Cardiff team needing to win to keep alive its survival hopes — and that is how it transpired.

Wilfried Zaha put Palace ahead in the 28th minute, only for Martin Kelly to divert an attempted clearance into his own net to gift Cardiff an equalizer.

Michy Batshuayi played a one-two with Jordan Ayew and shot high into the net to restore Palace's lead. Cardiff's fate was sealed by Andros Townsend, who ran half the length of the field before driving home a finish off the foot of the post in the 70th.