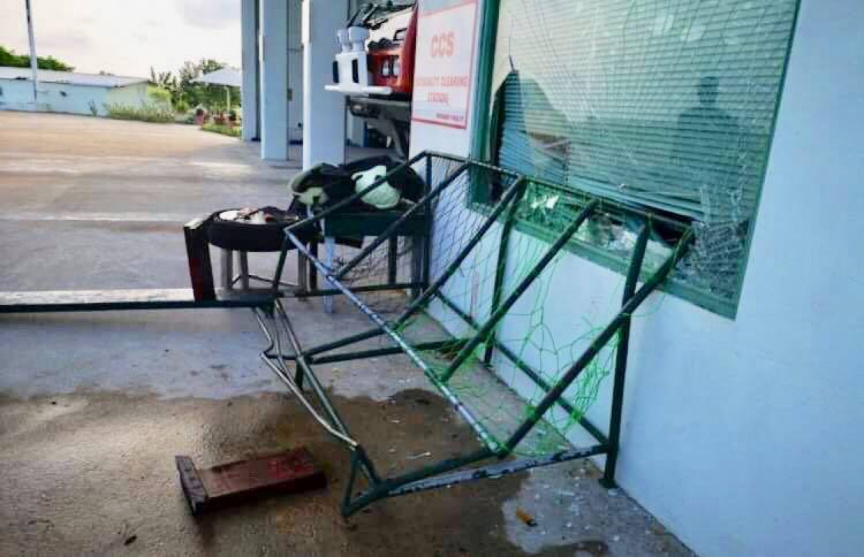 Area where the accident took place in Maamigili Airport on May 1, 2019. (Photo/Maldives Police Service)

One from the four people who got injured in the accident that took place last Wednesday at Maamingili Airport has passed away.

Ahmed Rasheed Abdushakoor (Binma), 30 years, of A. Dh. Maamingili who received serious injuries in the accident passed away last Wednesday night around 19:37 in A. Dh. Mahibadhoo, Atoll Hospital.

Spokesperson of Maldives Police Service Izmia Zahir informed Sun Online that work was done to transfer all four who were injured to Male’ City. However, Rasheed’s injuries were too serious for him to travel. Hence, he was transferred to the Atoll Hospital in Mahibadhoo.

“He passed away in Mahibadhoo Hospital, in the middle of treatment,” said Izmia.

Izmia also stated that Rasheed is among the three who broke their legs in the accident.

She said that even though there weren’t injuries on the outside of the body, Rasheed had respiratory problems when he was brought to the Hospital.

Deputy President of Maamingili council Shiham Mohamed infrfomed Sun Online that the accident took place due to the vehicle traveling from there lost control and hit the joali while people were sitting on it.

The other three injured in the accident have been brought to Male’.

2 arrested in connection with disappearance of migrant