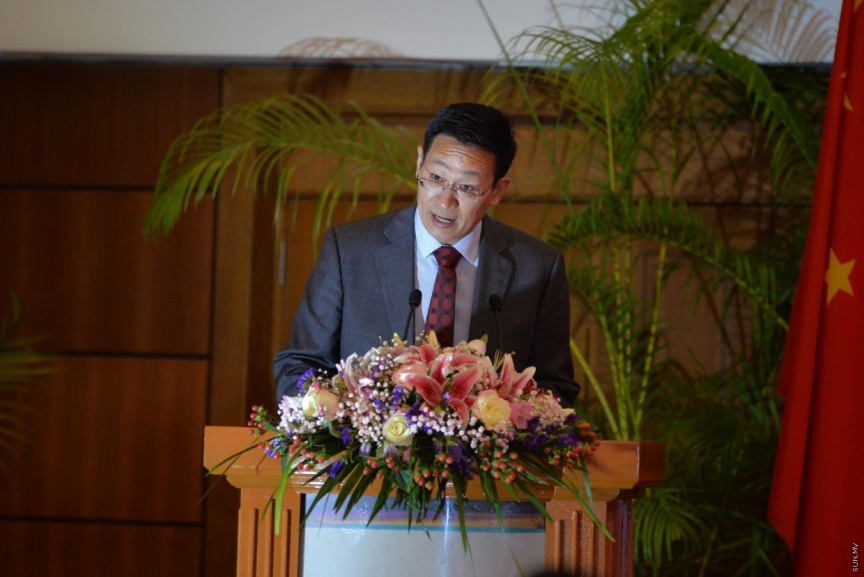 China has shown interest in developing seven sectors of Maldives under their 21st century maritime silk route promotion. They also stated that the loans taken previously will be renegotiated.

Speaking in an event held at the Chinese Embassy in Maldives last Monday night Ambassador for Maldives Zhang Lizhong stated that the Chinese are interested in aiding the development of seven areas of Maldives under the Silk Route promotion, increasing the level of friendship between the two countries.

China has granted Maldives great aids and loans previously. Several Companies from China have on going and finished development projects in the Maldives.

He stated that after the visit of Chinese President Xi Jinping on 2014, the MOU of Silk Rout was signed and the Maldives took to speedily huge development programs.

He also noted that with the interest shown by President Ibrahim Mohamed Solih to strengthen the relationship between the two countries, the Chinese are also interested in strengthening the friendship and helping in the development of Maldives.

These include finishing the ongoing projects according to the timetable made and aiding in other different sectors.

Zhang Lizhong stated that in addition to the seven sectors, the Chinese will also be providing assistance to students and empowering of youth. He said that official visits to important offices of the governments, such as different government sectors, Parliament and Local Councils.

Answering a question from a journalist the Ambassador stated that the rumors of China making the countries fall into a debt trap are all false and that the Chinese government does not wish to do that. He said that the projects will benefit both the countries involved and the country would even gain financial benefits form the projects.

President Solih has stated that he will hold discussions with the Chinese government for an easier way in paying the loans taken by the former government. When questioned about this the Ambassador said that China is ready for those discussions and willing to come to a conclusion that will benefit and strengthen the relationship between both countries.

The Silk Rout MOU of was signed during Former President Yameen Abdul Gayyoom’s Precidenty on December 2014.

The Silk Road project of China is a project to develop business relations between the countries of Asia, Africa and Europe. The economic plan would make a new road available to connect the three continents. They will build ports with huge Chinese control in the route that will deliver the Chinese goods from the Indian Ocean and make the delivery of Chinese goods to Europe and Africa easier through land.