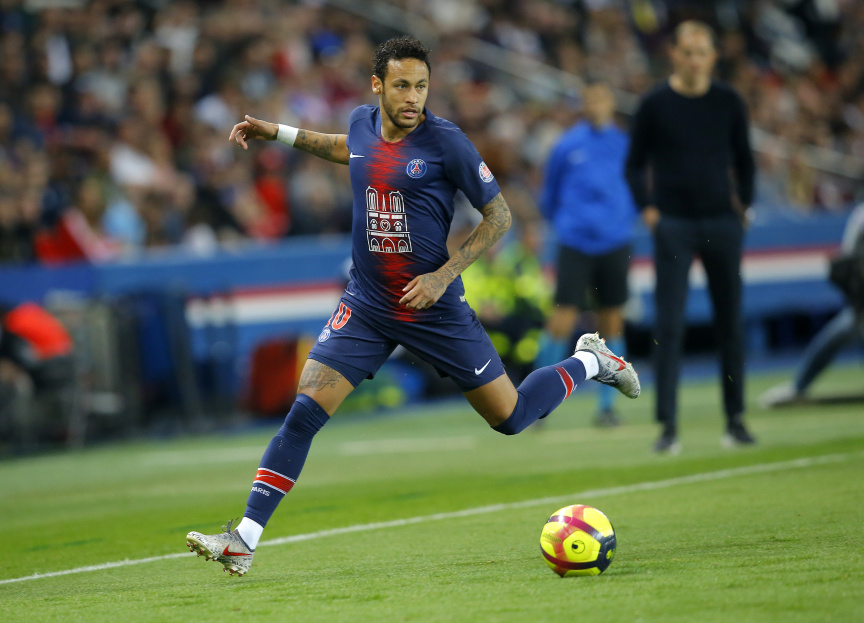 PSG's Neymar runs with the ball during the French League One soccer match between Paris-Saint-Germain and Monaco at the Parc des Princes stadium in Paris, Sunday April 21, 2019. (AP Photo/Michel Euler)

NYON, Switzerland (AP) — UEFA has banned Neymar for three European matches for insulting the officials after Paris Saint-Germain lost to Manchester United in the Champions League.

Following the round-of-16 game in March, Neymar used Instagram to aim an expletive and insults at video review officials who intervened before Man United was awarded a stoppage-time penalty for a handball that eliminated PSG.

The forward wrote: "They put four guys that do not understand football to watch it in slow motion. This doesn't exist!"

Neymar, who was injured and did not play, then used profanity while writing about the video assistants.

As it stands, the UEFA ruling means Neymar is set to miss half of PSG's six games in the Champions League group stage next season.

With Messi at his best, Barcelona had no title rival