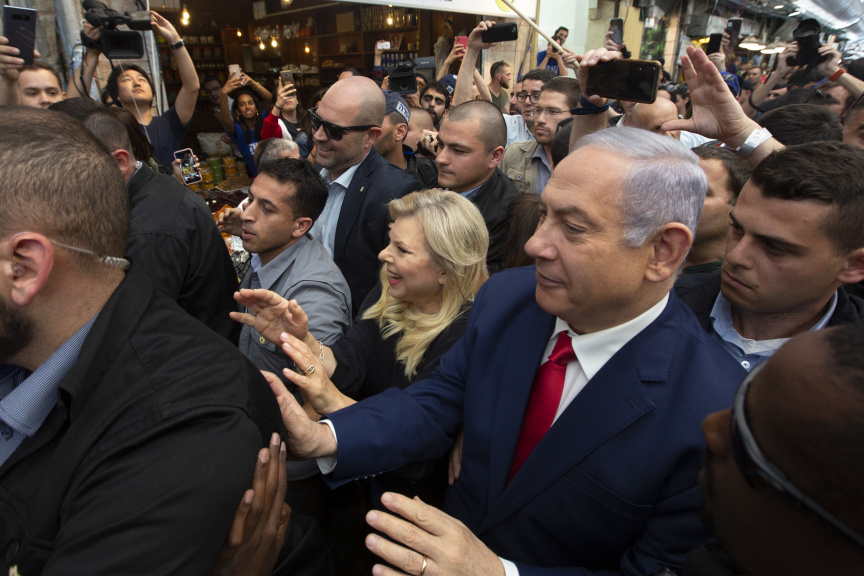 Israeli Prime Minister Benjamin Netanyahu, right, escorted by bodyguards walks with his wife Sara Netanyahu during a visit to the market on the eve of Israel's general elections in Jerusalem, Monday, April 8, 2019. (AP Photo/Sebastian Scheiner)

JERUSALEM (AP) — Voting has begun in the Israeli elections as the country decides whether longtime Prime Minister Benjamin Netanyahu remains in power.

Polling stations opened at 7 a.m. Tuesday with exit polls expected at the end of the voting day at 10 p.m. Official results are expected to come in overnight.

Clouded by a series of looming corruption indictments, Netanyahu is seeking a fifth term in office. It would make him Israel's longest-ever serving leader, surpassing founding father David Ben-Gurion.

He faces a stiff challenge from retired military chief Benny Gantz, whose Blue and White party has inched ahead of Netanyahu's Likud in polls. Netanyahu still appears to have the best chance of forming a coalition, though, with a smattering of small nationalist parties backing him.