Protesters turn out in Sudan, largest number in months 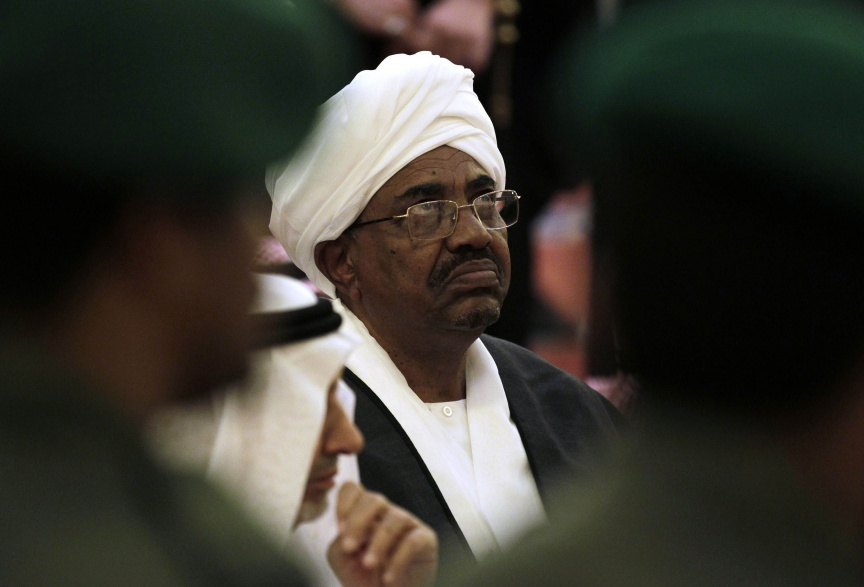 CAIRO (AP) — Tens of thousands of protesters joined in fresh anti-government marches across Sudan on Saturday in what organizers said was one of the largest turnouts in more than three months of demonstrations calling for embattled President Omar al-Bashir to step down.

The demonstrations began in December over price hikes and food shortages, and quickly escalated into calls for al-Bashir's resignation, posing one of the biggest challenges yet to his nearly 30-year rule.

The rallies are being led by the Sudanese Professionals Association, an umbrella group of independent professional unions.

Sarah Abdel-Jaleel, a spokeswoman, said Saturday's protests were one the biggest in the current wave of unrest. "Definitely, the rallies are one of the biggest in more than three months," she told The Associated Press.

Footage posted online showed thousands of protesters, mostly young people, marching toward the military's headquarters in the capital city of Khartoum demanding the army's support and chanting: "One people, one military," and "Freedom." They also chanted: "The people want the fall of the regime," echoing the popular slogan of the 2011 Arab Spring uprisings that briefly defied despotism in the region, but never made it to Sudan.

Abdel-Jaleel said they have started a sit-in around the military's headquarters they hope to keep in place until al-Bashir's resignation. In some videos, troops were seen using tear gas to disperse demonstrators.

Rallies took place across the country. Footage showed dozens of people marching in front of a U.N. refugee camp in the Darfur region and shouting, "just fall."

The large opposition Umma Party said security forces arrested four of its leaders ahead of planned marches in the province of Sennar, around 360 kilometers (225 miles) east of Khartoum.

Authorities did not release any statements on the arrests, and a government spokesman did not immediately respond to requests for comment.

Saturday's marches marked the 34th anniversary of the overthrow former President al-Nimeiri in a bloodless coup.

The military removed Nimeiri after a popular uprising. It quickly handed over power to an elected government. The dysfunctional administration lasted only a few years until al-Bashir — a career army officer — allied with Islamist hard-liners and toppled it in a coup in 1989.

Al-Bashir has banned unauthorized public gatherings and granted sweeping powers to the police since imposing a state of emergency last month, and security forces have used tear gas, rubber bullets, live ammunition and batons against demonstrators.

Security forces have responded to the protest movement with a fierce crackdown, killing at least 60 people according to Physicians for Human Rights, a New York-based rights group.

The government has said that 31 people have been killed, but hasn't updated its tally in weeks.