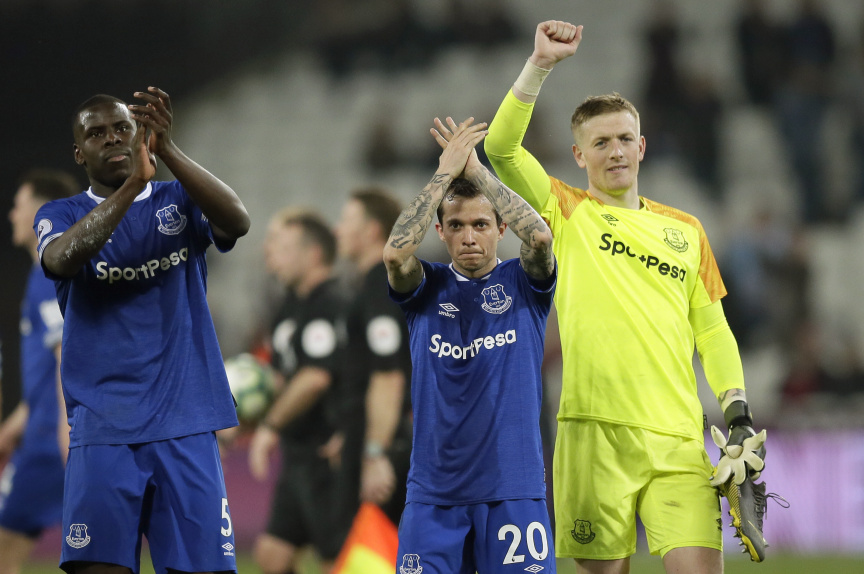 The Premier League team said in a brief statement Monday that it was "looking into the matter" after being made aware of the alleged incident "involving one of our players."

According to Britain's Press Association, the incident took place Sunday in Pickford's home city of Sunderland, where the goalkeeper, 25, spent the day after playing in Everton's 2-0 win over West Ham on Saturday.

One video apparently shows Pickford drinking in a bar. Another shows a man, believed to be Pickford, being dragged away as fighting breaks out. It was unclear who originally posted the video.

Pickford was England's first-choice goalkeeper during the World Cup in July.