Liverpool back on top after Tottenham self-destructs at end 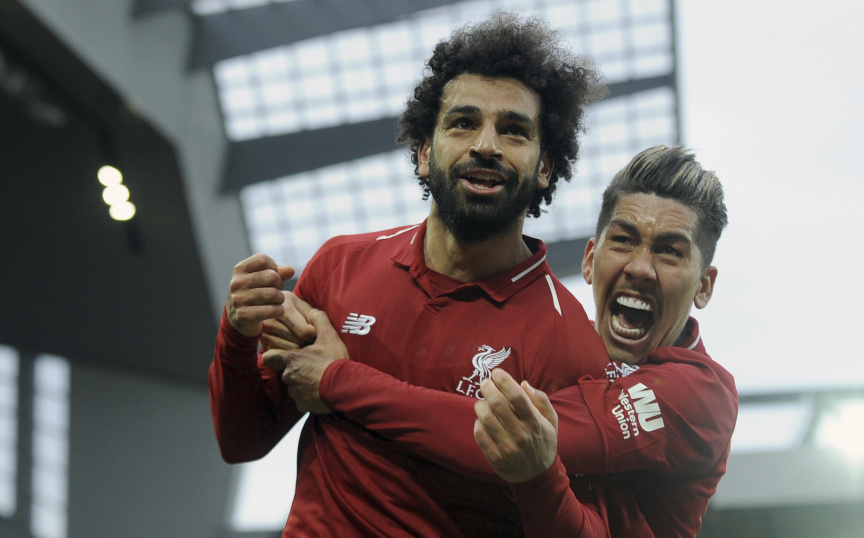 LIVERPOOL, England (AP) — Liverpool returned to the top of the Premier League on Sunday with a 2-1 victory over Tottenham gifted by Toby Alderweireld's 90th-minute own-goal for the third-placed London club.

Tottenham goalkeeper Hugo Lloris couldn't hold a header from Liverpool winger Mohamed Salah, instead sending the ball onto Alderweireld, who then diverted it back into his own net.

"I was not happy that we conceded a goal of course, but we needed it a little bit because first half we had fantastic chances, scored a wonderful goal ... (and) second half we looked heavy-legged," Liverpool manager Juergen Klopp said.

Liverpool secured a 16th-minute lead when Andrew Robertson's cross from the left was perfect for Roberto Firmino, who took up a position between the Tottenham center backs and nodded in from 10 yards (meters).

It was a second half short of clear-cut chances but Tottenham began to apply more pressure on the Liverpool defense and made its breakthrough after 70 minutes.

Harry Kane hit a perfect ball forward from a quick free-kick to find Kieran Trippier, the right back steered the ball into Christian Eriksen, whose square ball was sent in from close range by Lucas Moura.

Tottenham, potential title contenders until February, should have put a huge dent in Liverpool's hopes of ending a 29-year wait for the title but has not won a league match now since mid-February.

Tottenham is only ahead of fourth-place Manchester United on goal difference and a point ahead of London rivals Arsenal and Chelsea.

"I am happy because the emotion and the feeling we got today is going to help us," Tottenham manager Mauricio Pochettino said. "Now we start a mini-league, (with) seven games ahead.

"We are in the top four, we need to keep our position, it's in our hands and with all the circumstances that happen this season they (the players) are more than heroes and we need to keep the trust and the confidence."

Pochettino, in the stands serving a touchline ban, had brought in Alderweireld as a third central defender but it did not give the advantage Spurs wanted down the flanks through wing-backs Trippier and Danny Rose, who more often than not just made the backline a flat five.

Moussa Sissoko had a chance to win it for the visitors five minutes from time when Liverpool was caught two-on-one at the back but the one was Virgil van Dijk who, wary of the greater danger of Son Heung-min, delayed long enough to force the Frenchman into a decision and he blazed over.

It was to prove costly thanks to the late intervention of Salah and Alderweireld, who was credited with the 400th goal of Klopp's Anfield reign in his 197th game.

Salah is on the longest scoring drought of his Liverpool career - eight matches without finding the net - but he has played a huge part in ensuring Liverpool keeps pace with City.

Leicester in biggest EPL win with 9 over Southampton

Warnock seething as Chelsea comes back to beat Cardiff