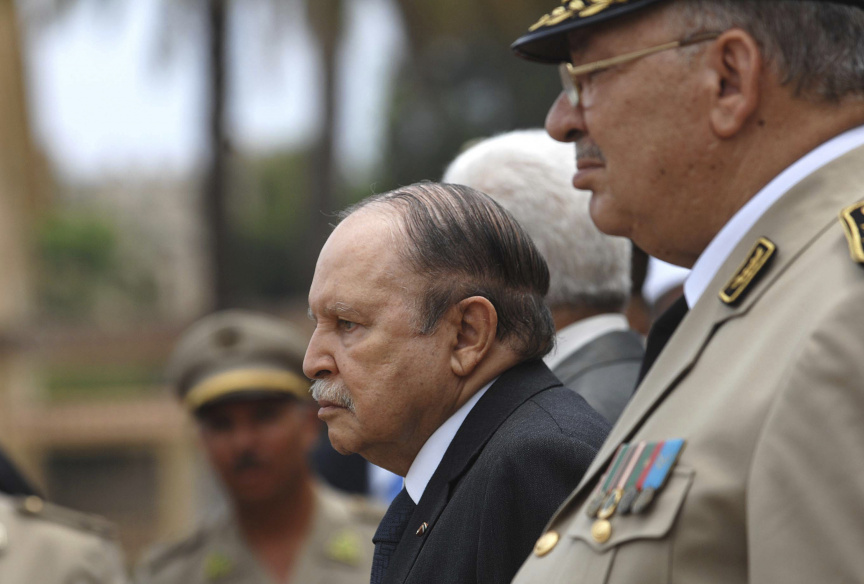 Gaid Salah shocked the nation with his call last week for the constitutional council to set in motion a process to end Bouteflika's 20-year presidency. Critics accused Gaid Salah of trying to orchestrate a coup, and the army chief suggested Saturday that unnamed figures were plotting against him as a result of his stand against Bouteflika's presidency.

Millions of Algerians have been holding weekly protests demanding that Bouteflika leave office along with the distrusted political elite. Algerians have barely seen their president, now 82, since a 2013 stroke.

Also Sunday, a top Algerian businessman was arrested at an Algerian border post as he was apparently trying to go to Tunisia, Algerian media reported.

Haddad, long a backer of Bouteflika, resigned this week as head of Algeria's Business Forum, apparently trying to distance himself from the unpopular leader whose government has been accused of corruption.

Bouteflika withdrew from running for a new term but canceled Algeria's April 18 presidential election. Pressure has mounted for him to step down before his current term expires later this month.