Kean keeps up scoring form in Juventus win over Empoli 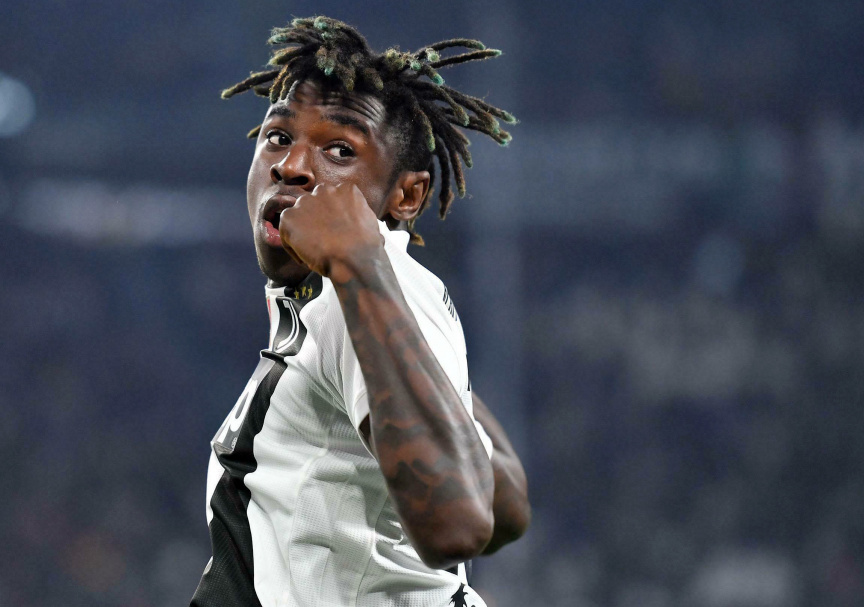 Days after scoring two goals in his first two starts for Italy, the 19-year-old Kean came off the bench to secure injury-depleted Juventus a 1-0 win over visiting Empoli on Saturday.

Kean's three Serie A goals have come on his first three shots.

The latest goal was set up by Mario Mandzukic, who knocked down a long ball to leave it for Kean to strike in with a long, bouncing shot that appeared to be slightly deflected.

The goal came three minutes after Kean came on for Blaise Matuidi.

With Italy, Kean scored against Finland and Liechtenstein. He also had a brace for Juventus this month in a 4-1 win over Udinese.

Kean is the youngest player to score eight Serie A goals since Mario Balotelli accomplished the feat at the age of 18.

Juventus was without injured forwards Cristiano Ronaldo and Paulo Dybala.

Ronaldo injured a right thigh muscle during Portugal's 1-1 draw against Serbia on Monday in European Championship qualifying, while Dybala reported a right thigh issue during the warmup for this match, having been scheduled to start.

Still, Juventus coach Massimiliano Allegri preferred Mandzukic and Federico Bernardeschi at forward ahead of Kean to start this match.

"(Kean) scored a goal against Liechtenstein. With all respect to Liechtenstein, it seems like in an instant he's become Ronaldo and (Lionel) Messi," Allegri said on Friday.

However, Juventus was whistled off the pitch after a lackluster first half and was just coming to life when Kean came on, with Bernardeschi volleying off the bar.

Minutes after his goal, Kean nearly scored again, denied only by a reflex save from onrushing goalkeeper Bartlomiej Dragowski.

Even after the match, Allegri sounded notes of caution for the hype around Kean.

"It's only fair to have ambition when you are training with Juventus and surrounded by these champions," Allegri said. "The difference at this level is mentality and he needs to, above all, be professional over time, be ready to work hard, and improve every day.

"He's got the characteristics and the quality to be a great player, but so did many kids who lost their way over the years."

On course for a record-extending eighth straight Serie A title, Juventus moved 18 points ahead of second-placed Napoli, which visits Roma on Sunday.

AC Milan goalkeeper Gianluigi Donnarumma gifted Sampdoria a goal in a 1-0 loss that could hurt the Rossoneri's chances of qualifying for the Champions League.

It was Milan's second straight defeat after losing the derby to Inter before the international break — having previously had a 10-match unbeaten run.

Milan remained fourth, four points ahead of fifth-placed Roma, with the top four qualifying for the Champions League.

After stepping in at the end of last season to help Udinese avoid relegation, Igor Tudor is at it again.

Back in charge, Tudor won his first game of his latest stint as Udinese beat Genoa 2-0 to move four points clear of the drop zone.

Despite a modest budget, Udinese has remained in Serie A continuously since the 1995-96 season — behind only Inter Milan, Roma, AC Milan, and Lazio in terms of consecutive seasons in the top division.