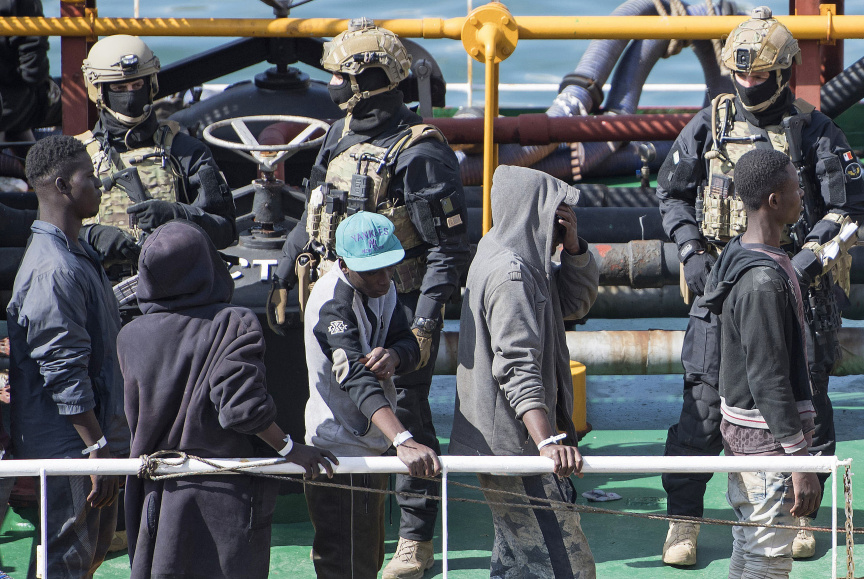 VALLETTA, Malta (AP) — Three teenage migrants were charged in Malta Saturday with seizing control of a merchant ship and using force and intimidation against the crew, which is considered a terrorist crime under Maltese law.

They are suspects in the hijacking in the Mediterranean this week of the El Hiblu 1 merchant oil tanker. The captain has said that migrants his crew had rescued began to riot and threaten violence when they saw the ship was returning them to Libya. They forced it to turn north toward Europe.

The suspects pleaded not guilty. Magistrate Donatella Frendo Dimech denied a bail request, noting that civilian witnesses had yet to testify, including the captain and crew, and that the accused had no ties in Malta or means of paying bond.

The minors told the court that they are secondary school students, while the 19-year-old said he had been studying sociology before leaving his country.

Under Maltese law, unlawfully seizing control of ship can be considered a terrorist activity and is punishable by anything between seven and 30 years in prison.

The cargo ship was heading from Turkey to Libya when it was asked Tuesday to divert its course to rescue nearly 100 migrants in distress, which it did, before continuing on its course. But when the migrants realized Wednesday they were headed back to lawless Libya, which they had just left, some revolted, commandeering the ship and forcing it to head to Europe.

The temporary hijacking was described by Italy's hard-line interior minister as an act of piracy. Some aid groups, however, called it an act of self-defense against Europe's immigration policies, which aim to ship back desperate migrants to Libya, where they often face beatings, rape and torture in detention camps.