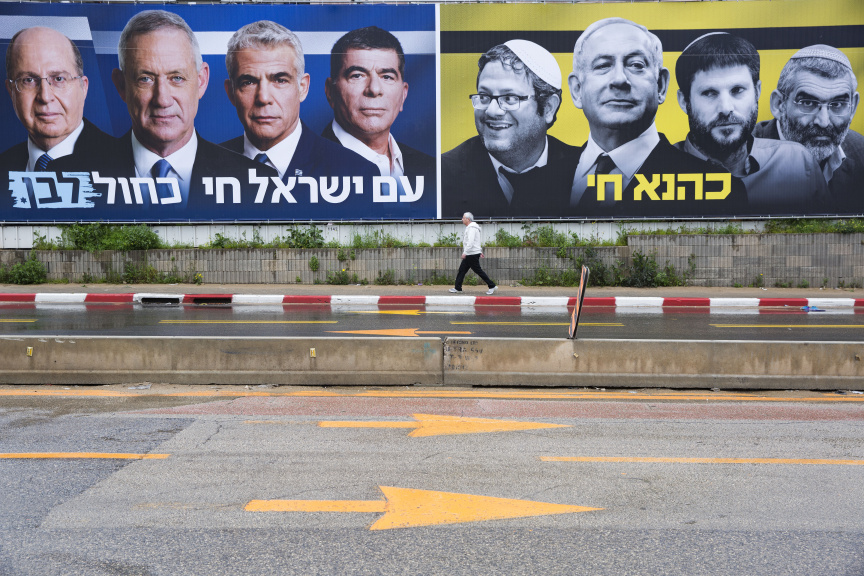 JERUSALEM (AP) — Israel's Supreme Court on Sunday banned the leader of a Jewish ultranationalist party from running in the country's April elections.

Reversing the decisions of Israel's elections committee earlier this month, the court ruled to bar Jewish Power party leader Michael Ben Ari in an 8-1 vote, citing his anti-Arab ideology and incitement, and to approve an Arab party and leftist candidate.

In response, Ben Ari slammed the high court as a "judicial junta that seeks to take over our lives." He added: "We will win. This is not the end."

The court also upheld the candidacy of Itamar Ben-Gvir, a far-right lawyer and fellow leader of Jewish Power.

Jewish Power's leaders call themselves disciples of the late rabbi Meir Kahane, who advocated expelling Arabs from Israel and creating a Jewish theocracy. Kahane's Kach party was outlawed from the Israeli Parliament in the 1980s and declared a terrorist group by the United States.

In a widely criticized bid to unite Israel's nationalist and religious bloc, Prime Minister Benjamin Netanyahu struck a bargain last month that could pave the way for the extremist party to join Israel's next governing coalition.