Trump answers rebuke of border plan with a veto 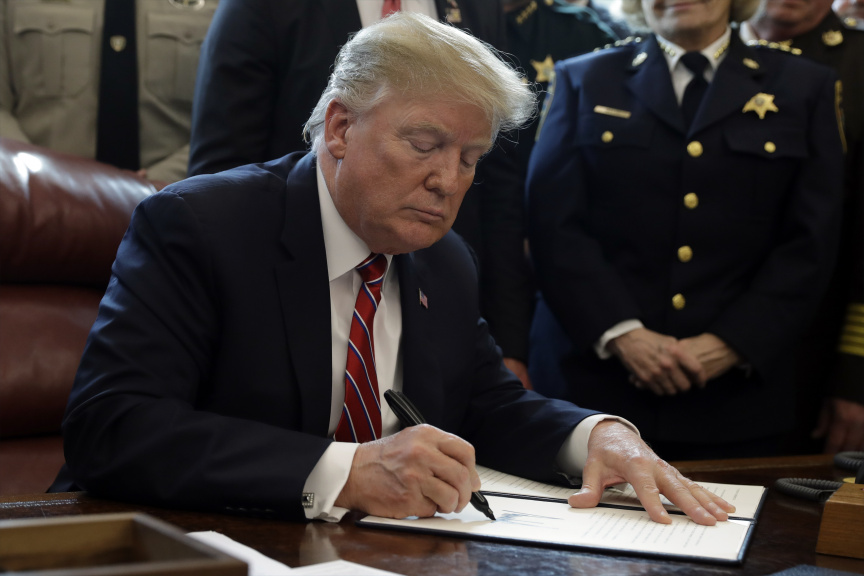 WASHINGTON (AP) — Unbowed by a congressional rebuke, President Donald Trump issued the first veto of his presidency in a demonstration that he is not through fighting for his signature campaign promise, which stands largely unfulfilled 18 months before voters decide whether to grant him another term.

Trump on Friday rejected an effort by Congress to block the emergency declaration he'd used to circumvent lawmakers as he tried to shake loose funds for his long-promised wall along the U.S.-Mexico border.

The monthslong confrontation now moves to the courts, but not before marking a new era of divided government in Washington and Republicans' increasing independence from the White House. It is unlikely that Congress will have the two-thirds majority required to override Trump's veto, though House Democrats will try on March 26.