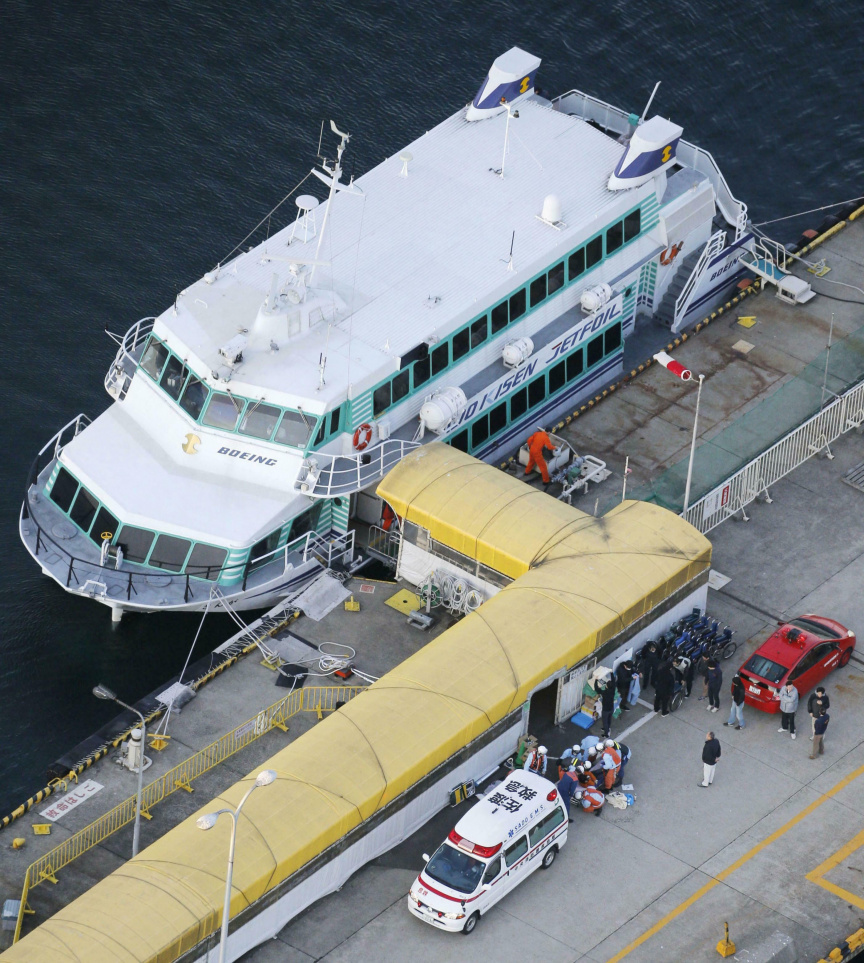 In this Saturday, March 9, 2019, photo, firefighters, bottom, prepare to taken injured passengers to a hospital at a port in Sado city, Niigate prefecture. (Kyodo News via AP)

TOKYO (AP) — A ferry collided with what apparently was a marine animal off a Japanese island, injuring more than 80 people, local media reported.

Five of the injuries were serious and a 15-centimeter (6-inch) crack was found at the ferry's stern. But ferry operator Sado Steam Ship Co. said the jetfoil ferry still reached its intended destination on the island, located off the west coast of Japan's main island of Honshu, according to Kyodo.

The ferry, which departed from Honshu's Niigata Port, was carrying 121 passengers and four crew members.

The cause of the accident was under investigation by coast guard officials, who said the ferry may have struck a whale or some other sea animal, Kyodo reported.