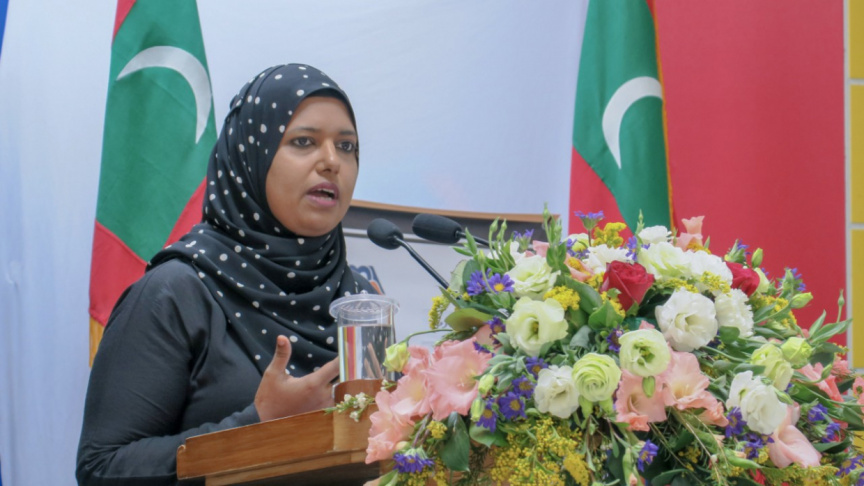 Speaking at the official Women’s Day function at K. Maafushi this Thursday morning, Shidhatha pointed out the discrimination and bias which exists in delivery of accounts female and male rulers in Maldivian history.

“Al-Sultana Khadheeja Rehendhi or Rehendhi Khadheeja is portrayed as an influential woman who ordered the murders of two of her husbands. Though historical documents state she assassinated her sibling and two husbands, it does not say how or why,” said Shidhatha.

She said that historical accounts need to be re-examined to take into account factors such as the how kingdoms are inherited during the specific period, what the law at the time dictated for coups, and the judicial punishment for such crimes during the period for a clear and full picture.

She said that Rehendhi Khadheeja is portrayed as the vilest women to have ever lived.

“I call of historians to re-examine the events of Rehendhi Khadheeja’s reign and provide a clear account.”

She also called for historians to research what happened to Rehendhi Khadheeja’s two younger sisters who ruled the country after her.

“There is bias in account of historical incidents which have been carried forward to future generations,” said Shidhatha.

The Minister called for an end to gender bias in areas of history and literature.

She said that an equal platform in social and political fields were established for the women in Maldives ages ago. And that history proved the great role women played in society and politics of Maldives.

“With this being the case, having to advocated for women’s rights, even today, is something worth considering.”

She said that gender bias was evident it actions as simple as naming of national monuments and buildings – often named after influential male figures.

Nine women and one NGO was recognized for their exemplary service with the Rehendhi Award at this Thursday’s function.

BML provides access to sanitary pads at the workplace