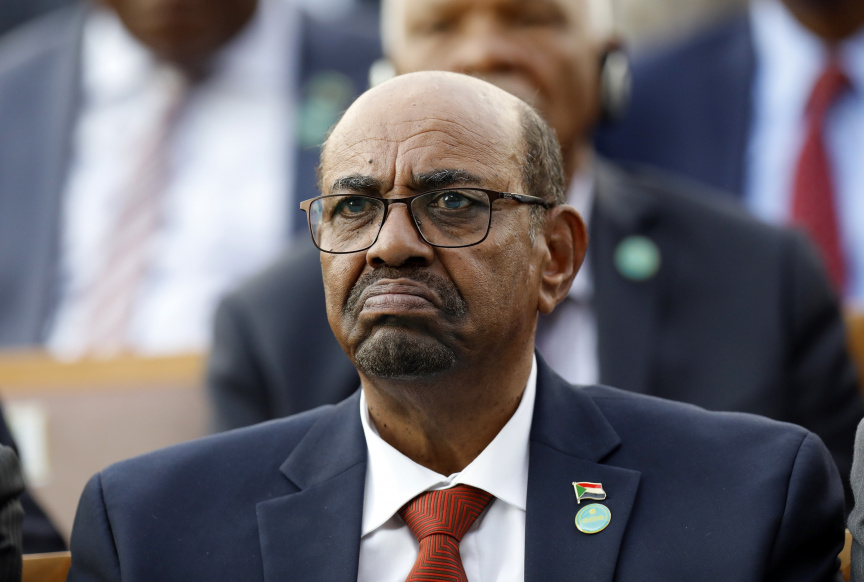 Al-Bashir — who seized power in a 1989 coup— also said that he will postpone pushing for constitutional amendments that would allow him to seek a third term in office.

Facing genocide charges, al-Bashir's rule has been rocked by civil wars and increasing street demonstrations. A heavy security crackdown has left scores of protesters dead. At least 57 people have been killed since December.

"Our country is passing through a difficult and complicated phase in our national history," al-Bashir said in a speech aired live from the presidential palace in Khartoum. "We will get out of it stronger and more united and determined."

In a rare acknowledgment, al-Bashir described the demands of the protesters as "legitimate" but said there are attempts to exploit the youth protests "to take the country to the unknown."

The state of emergency will give the security forces a free hand in cracking down on protesters and carrying out detentions, and places heavier restrictions on the press and opposition parties.

The announcements were instantly met with street demonstrations, demanding the longtime president to step down. Witnesses said riot police fired tear gas and arrested a number of protesters.

Sudan has been gripped by nationwide protests since Dec. 19. The demonstrations, which show no sign of abating, were triggered by rising prices and shortages but quickly turned to calls for al-Bashir to step down.

Al-Bashir's term ends in 2020 and he has repeatedly promised over the years not to make new runs for the presidency. Without amending the constitutions, he can't run for a third term.

His announcement came days after a parliamentary committee tasked with amending the constitution to scrap presidential term limit canceled its meetings.

The Sudanese Professional Association, which is spearheading the country's demonstrations, warned of any measures that could "turn against" the demands of the Sudanese people, and vowed that it will respond with more escalation in street protests.

"The demands of this revolution are crystal clear," the statement said, "the regime and its head must step down."

However, al-Bashir warned the opposition of the "zero-sum" game that creates chaos, pointing to a wave of the Arab Spring uprisings that led to civil wars in countries like Libya and Yemen.

As he was speaking in the presidential palace in Khartoum and in other districts, dozens of protesters were already taking to the streets chanting, "just fall."

Shelving intentions to amend the constitution to pave the way for a third term in office appeared to be the only political concession al-Bashir has made so far after two months of nonstop demonstrations.

"What al-Bashir presented are tactics to keep his regime alive," said the leader of Umma Party, Mubarak al-Mahdi. "Declaring a state of emergency means suppressing freedom of expression and demonstration and tightening grip on the revolution."