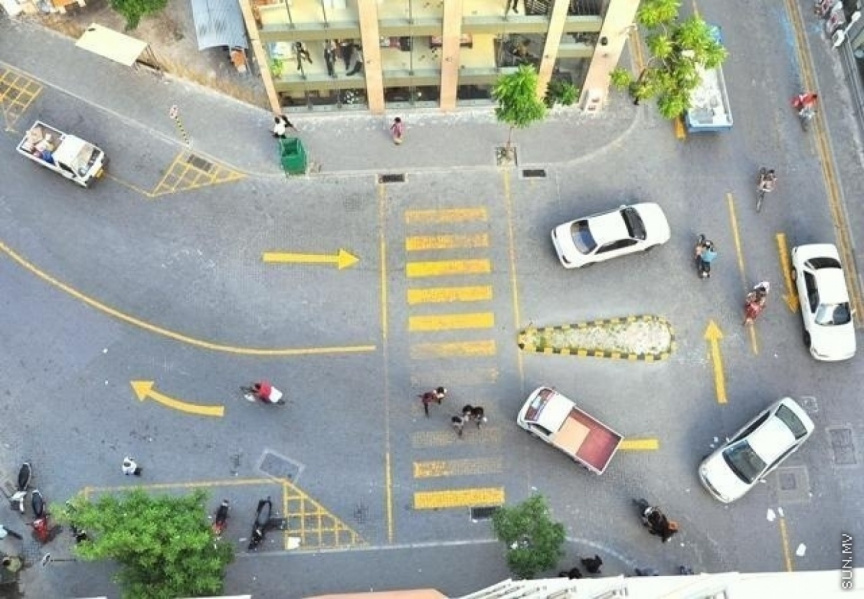 An aerial shot of pedestrians crossing the street in Male' City. (File Photo/Sun)

The woman injured in the hit-and-run near Senahiya Hospital on February 12 remain under intensive care, reports ADK Hospital.

Managing Director of ADK Hospital, Ahmed Affaal reports the woman remains in critical condition and is breathing with the assistance of a ventilator.

Two people were crossing the road from the zebra cross near the Senahiya Hospital when a car sped by hitting one of the two people, who collapsed on top of the other – resulting in the latter – the woman in intensive care – hitting her head on the ground.

The incident was reported to the authorities at 6:24 pm.

“She hit her head on the speed breaker and sustained critical head injuries,” reports an official from Maldives Police Service.

MDP: Expecting to reach an agreement with AP soon