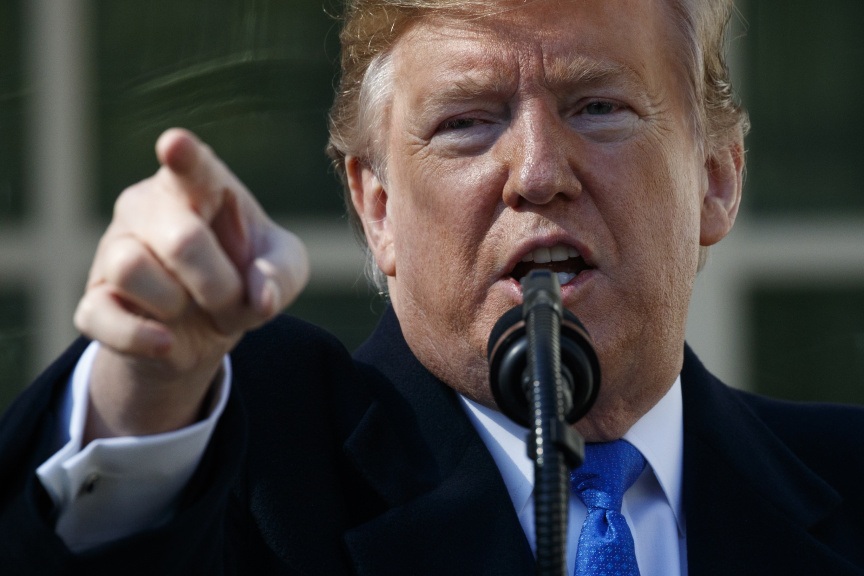 President Donald Trump speaks during an event in the Rose Garden at the White House to declare a national emergency in order to build a wall along the southern border, Friday, Feb. 15, 2019, in Washington. (AP Photo/ Evan Vucci)

WASHINGTON (AP) — President Donald Trump has declared a national emergency at the U.S.-Mexico border after a stinging budget defeat. Trump is moving to secure more money for his long-promised wall by exercising a broad interpretation of his presidential powers that is certain to draw stiff legal challenges.

In his emergency proclamation Friday, Trump painted a picture of the border as "a major entry point for criminals, gang members, and illicit narcotics" and one that threatens "core national security interests." Overall, though, illegal border crossings are down from a high of 1.6 million in 2000.

His declaration instantly transformed a contentious policy fight into a foundational dispute over the separation of powers enshrined in the Constitution, spurring talk of a congressional vote to block Trump.

Trump pledges woman for court, pushes Senate to move on

US military planes land near Venezuela border with aid