Spain readies for another general election on April 28 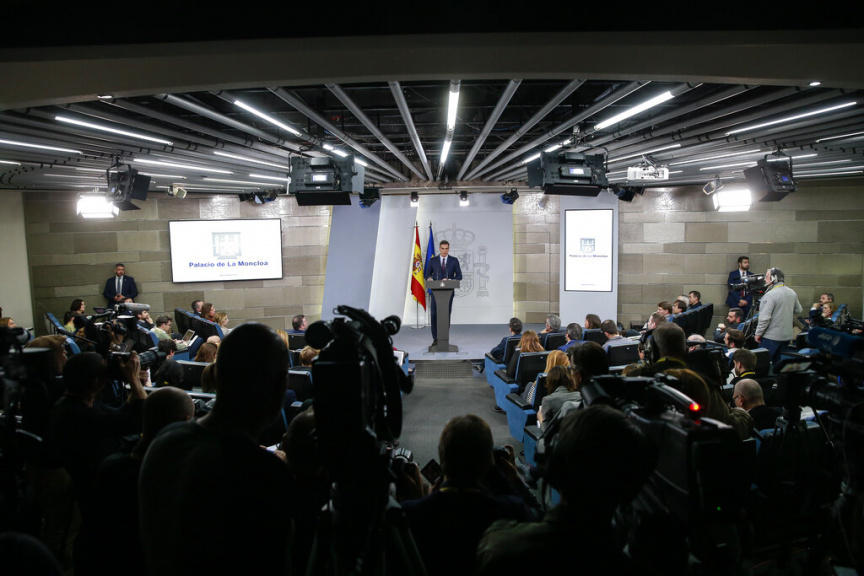 MADRID (AP) — Spain's prime minister on Friday called an early general election for April 28 that will likely highlight the deep political divisions in the country.

The news that Spaniards are having to go to the polls for the third time in less than four years came after the minority Socialist government, led by Prime Minister Pedro Sanchez, lost a budget vote in Parliament.

Sanchez, who was already under pressure from within his own party ranks to cut his term short, lost the budget vote after Catalan separatists joined opposition lawmakers to vote down his government's spending plans for 2019.

"Between doing nothing and continuing without a budget, or giving the chance for Spaniards to speak, Spain should continue looking ahead," Sanchez said in a televised appearance from the Moncloa Palace, the government's seat, after an urgent meeting of his Cabinet.

"I have proposed to dissolve parliament and call elections for April 28th," he added at the end of a speech during which he highlighted the deeds of his eight months in power.

But the simple majority of Socialists, anti-austerity and regional nationalist parties that united at the time against Rajoy has crumbled in the past week after Sanchez cut off talks with separatists over Catalonia's self-determination.

Without mentioning Catalonia directly, Sanchez said he remained committed to dialogue with the country's regions as long as their demands fell "within the constitution and the law," and blamed the conservatives for not supporting his negotiations.

"Unfortunately, in these eight months of government we haven't found the loyalty of the conservative opposition, not just to the government, but to the Spanish state," he said.

Rajoy's successor at the helm of PP, Pablo Casado, celebrated what he called the "defeat" of the Socialists, attacking Sanchez for yielding to some of the Catalan separatists' demands.

"We will be deciding if Spain wants to remain as a hostage of the parties that want to destroy it or a leadership of the Popular Party," he said.

Opinion polls indicate that the April vote is not likely to produce a clear winner, a long shot away from the traditional bipartisan politics that dominated Spanish politics for decades.

Though Sanchez's Socialists appear to be ahead, their two main opponents —PP and the center-right Ciudadanos (Citizens)— could repeat their recent coalition in the southern Andalusia region, where they unseated the socialists with the help of the far-right Vox party.

Vox scored late last year in the populous region the far-right's first significant gain in post-dictatorship Spain and surveys are predicting a significant grab of seats in the national parliament.

"Spain, again, has been stronger than its enemies," Vox's leader, Santiago Abascal, said in a tweet.

He vowed to use the election to "reconquer" the future, a term he has often used in the past referring to how Spanish Catholic kings defeated Muslim rulers in 15th-century Spain.

Meanwhile, the Socialists are unlikely to be able to get over the line even if they come to an agreement with the anti-establishment Podemos (We Can) party so a third partner will likely be needed.

Sanchez's options are limited. At its right, an agreement with Citizens seems unlikely. And the prospect of Catalan nationalists joining any ensuing coalition could well be jeopardized by the ongoing trial of a dozen politicians and activists for their roles in the Catalan breakaway bid two years ago.

Spain’s kids get freedom from lockdown