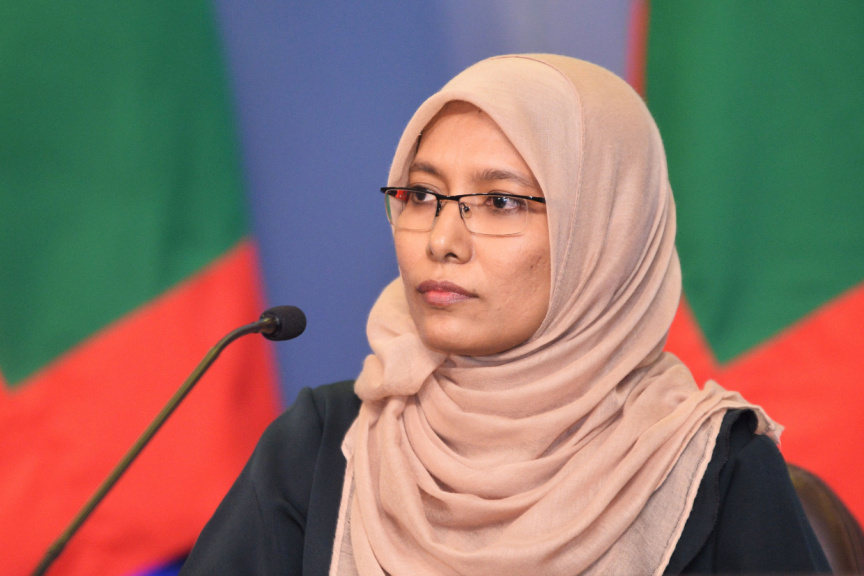 Member of Committee for Investigation of Housing Projects, Fathimath Rasheeda listens to a question by a reporter during a press conference on February 13, 2019. (Sun Photo/Ahmed Awshan Ilyas)

The presidential committee charged with investigating issues related to housing projects has announced the decision to release the names of the people awarded housing units under the Gedhoruverikurumuge Project and the Social Housing Project in Hulhumale’.

The decision was announced by committee member, Fathimath Rasheeda, during a press conference this Wednesday.

“We have decided to release the list of those awarded housing united under both Hiyaa Project and Gedhoruverikurumuge Project. From the Hiyaa Project, we took note the discloser of only the form number and points awarded on the list. We will release the list after identifying the awardees. We will disclose both the name and address for public perusal,” said Fathimath Rasheeda.

She said the committee was working on obtaining information and interviewing officials suspected of negligence.

The committee is set to open the opportunity for public complaints next week.

“The need to ensure we conduct our work in such a way that by the time it’s done, those denied justice receive justice,” said Tholal.

Tholal said the committee was reviewing forms to ensure marks were awarded fairly.

The committee, in addition to the Hiyaa Project and Gedhoruverikurumuge Project, has also been charged with reviewing the Gulhifalhu Housing Project.