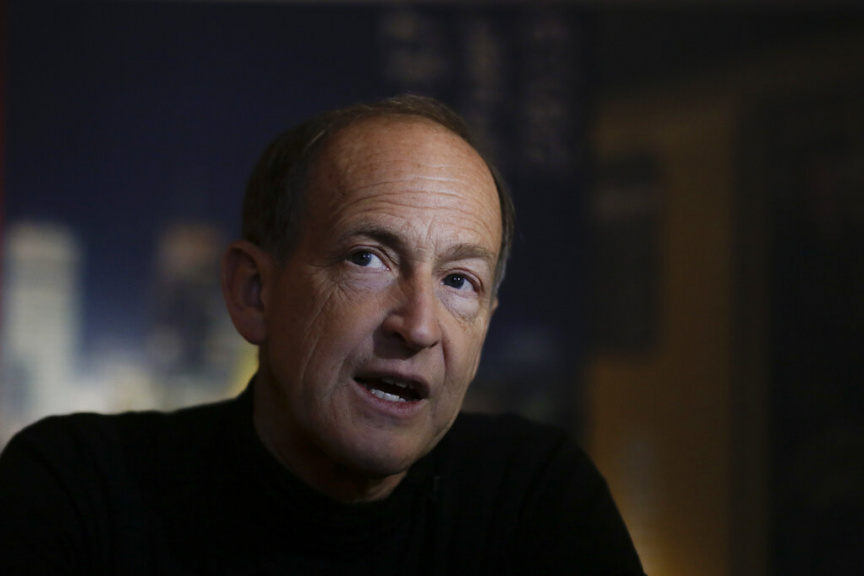 Director Charles Ferguson speaks to the Associated Press about his movie 'Watergate' during an interview at the 2019 Berlinale Film Festival in Berlin, Germany, Tuesday, Feb. 12, 2019. (AP Photo/Markus Schreiber)

BERLIN (AP) — Director Charles Ferguson thought Watergate had never "properly been done." The result is a documentary that explores the American presidential scandal in its full epic span and clocks in at more than four hours.

Ferguson, who directed the Oscar-winning financial crisis documentary "Inside Job," is presenting the film this week at the Berlin International Film Festival.

Titled "Watergate — Or: How We Learned to Stop an Out of Control President," it features extensive interviews with surviving players of the 1970s scandal and material from the tapes made by President Richard Nixon.

Ferguson told The Associated Press on Tuesday that while many books have been written and films made about Watergate, "there's never been one place where the entire story was told in a comprehensive way."