Maumoon applies for registration of MRM 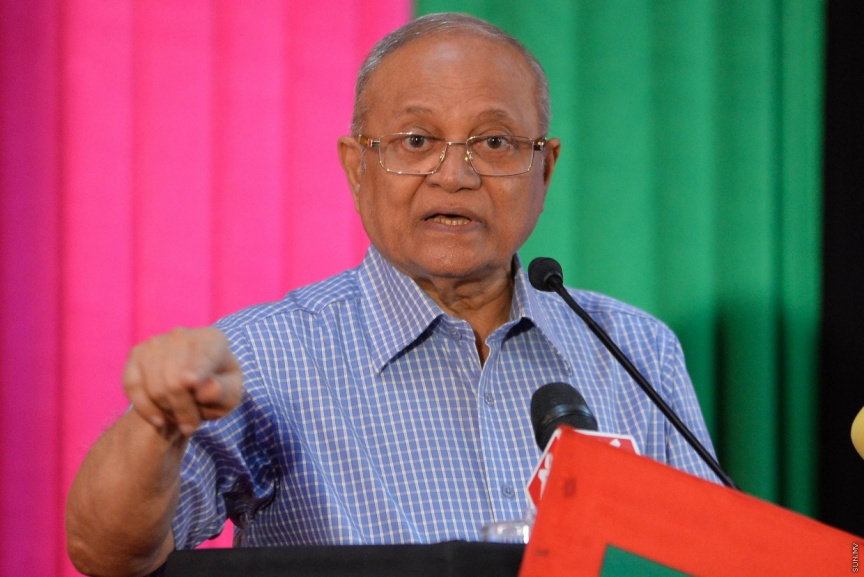 Former Maldivian President Maumoon Abdul Gayoom gestures as he speaks during a political event at the JP headquarters on September 9, 2017. (File Photo/Sun/Mohamed Afrah)

The application was submitted to the Elections Commission this Sunday morning.

Maumoon Reform Movement is not an official political party, but a movement established by Maumoon’s family and allies to campaign for his political activities.

“We will start efforts to find members to the party as soon as the Elections Commission issues its permit,” said Aleem.

Maumoon left DRP following conflicts within the party, and founded PPM – from which he was kicked out after he began working together with then-opposition politicians.

Supreme Court recently endorsed the extraordinary congress held by PPM on September 28, 2018 during which it elected Maumoon’s half-brother, former Maldivian president Abdulla Yameen Abdul Gayoom as its Leader; and dismissed two lawsuits filed by ordinary members of PPM who asked the court to ascertain Maumoon as the party’s legitimate Leader.