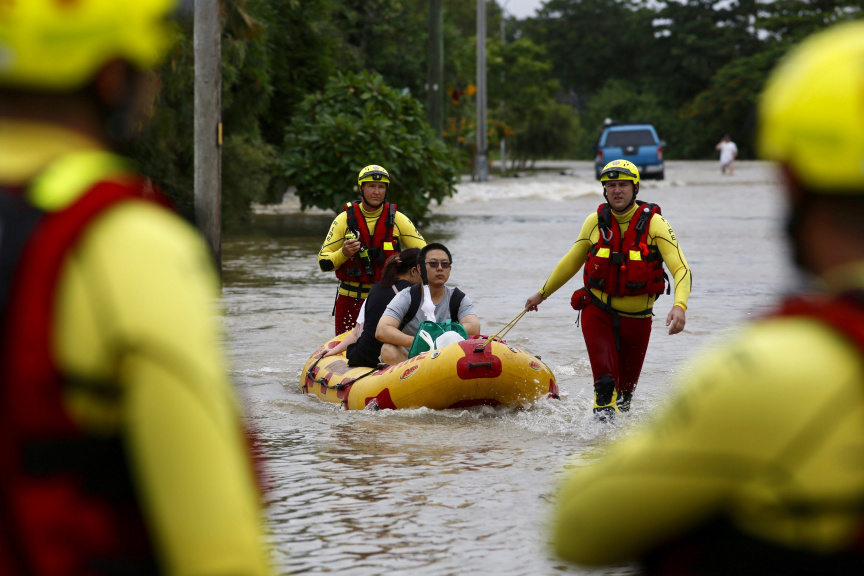 In this Sunday, Feb. 3, 2019, photo, Queensland Fire and Emergency Services crew members use an inflatable boat to pull residents through floodwaters at Hermit Park in Townsville, Australia. (Andrew Rankin/AAP Image)

More than 1,100 people had been rescued from their homes on Sunday night and evacuation efforts were continuing Monday.

Queensland state Premier Anastasia Palaszczuk told reporters Monday that more rain in Townsville and the surrounding area over the next two days could cause flash flooding.

The floodgates of the city's dam were opened earlier to prevent the Ross River from breaking its banks, flooding some suburbs.

Townsville Mayor Jenny Hill had described the rainfall as a "one-in-100-year event" and said Monday, "We're not out of the woods yet."