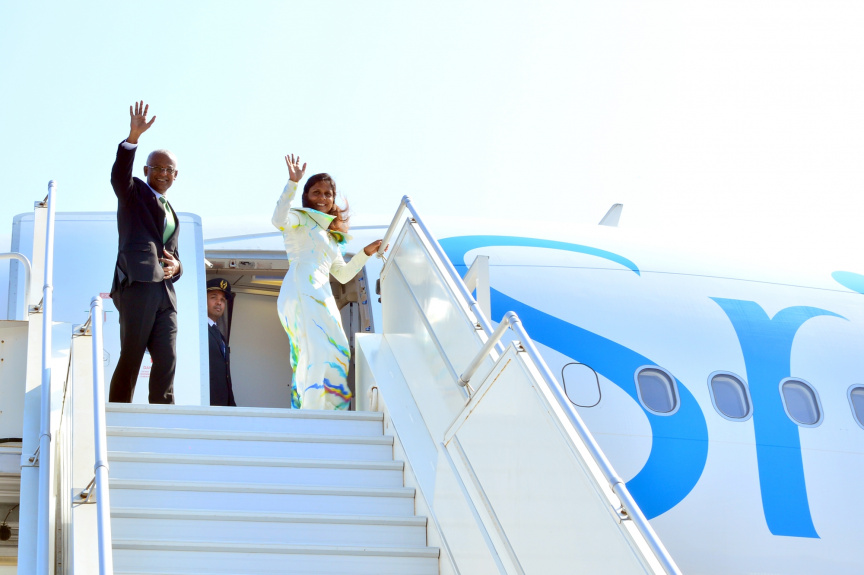 The invitation for the state visit was extended to Solih by Sri Lankan President Maithripala Sirisena.

Solih has been invited to attend the 71st Independence Day celebrations of Sri Lanka as Guest of Honor.

The official welcoming ceremony for Solih will be held at the Presidential Secretariat, were Sirisena will host Solih and Fazna for a state luncheon.

Following the luncheon, Solih and Fazna will go to the Maldivian Embassy in Colombo, where they are scheduled to meet with Maldivian residents in Sri Lanka.

The official Independence Day ceremony is scheduled to be held at Galle Face Green next Monday morning.

During his visit, Solih is scheduled to have discussions with Sirisena, Prime Minister Ranil Wickremesinghe and other senior government officials.

He is also scheduled to attend a Maldives-Sri Lanka business forum on Monday evening, and will be hosted by PM Wickremesinghe at a banquet later that the evening.