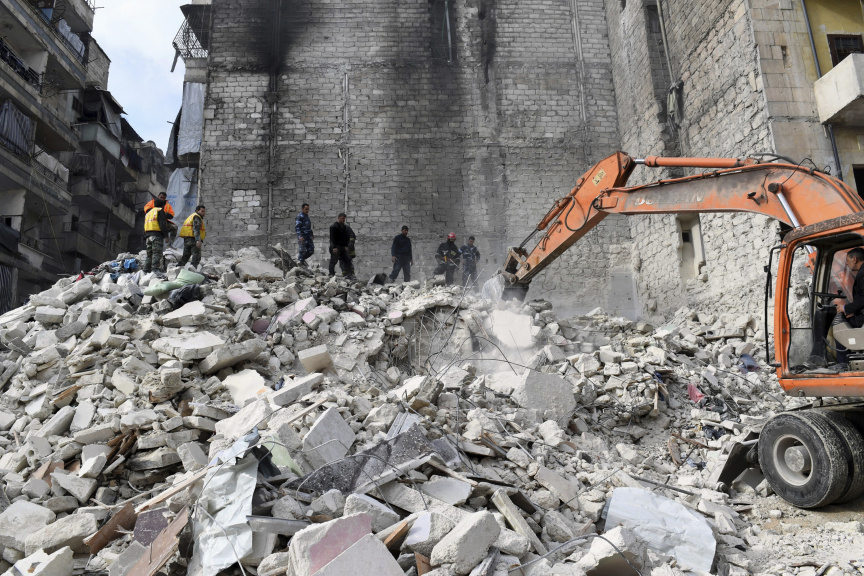 In this photo released by the Syrian official news agency SANA, people inspect a destroyed building where, according to SANA, the five-story building collapsed early Saturday, Feb. 2, 2019, killing most of those who were inside and only one person was rescued alive, in the northern city of Aleppo, Syria. (SANA via AP)

SANA said the five-story building collapsed early Saturday, killing most of those who were inside and only one person was rescued alive.

The report said the building is in the eastern Salahuddin neighborhood, once held by rebels.

Aleppo had been divided for four years, starting in the summer of 2012, between a government-held west and a rebel-held east. In 2016, the Syrian army launched a months-long offensive that eventually brought the whole city under government control.

US kills IS group leader in Syria in drone strike

IS women in Syria camp clash with police, 1 killed

Iraqi leader hits back at Trump over US army presence