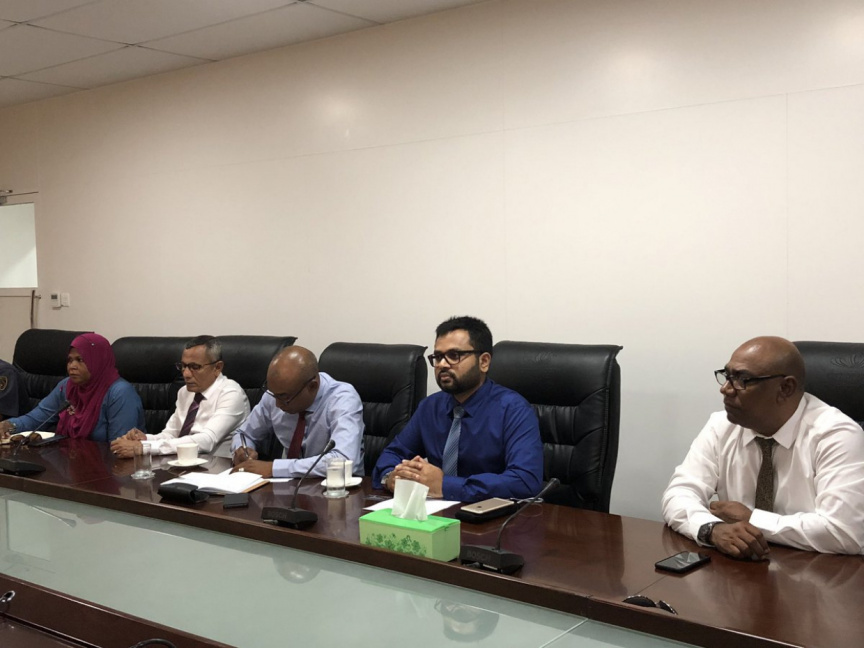 The new service was launched by Mayor of Addu City, Abdulla Sodhiq, this Thursday.

Speaking at the launching event, Sodhiq hailed the new service as a new milestone in the development of Addu City.

He said he expected the number of people who wished to fly in directly to Addu City for events such as marathons will increase with the introduction of the new service.

Meanwhile, Controller General of Immigration, Mohamed Ahmed Hussain (Hanafee) noted that it is the first time for business via to be issued directly from a city outside the Maldivian capital.

Speaking during the event, Hanafee announced the decision to decentralize many of Maldives Immigration’s services.

He expressed the commitment of Immigration to revolutionize its services through application of modern technology, and announced visa applications can soon be processed online.

He also announced plans to initiate issuance of employment visa from Addu City.

Hanafee said business visa application from Addu City will be processed within two days, and announced the decision to expand the service to other parts of Maldives as well.

7 arrested in counter-terror op in Addu