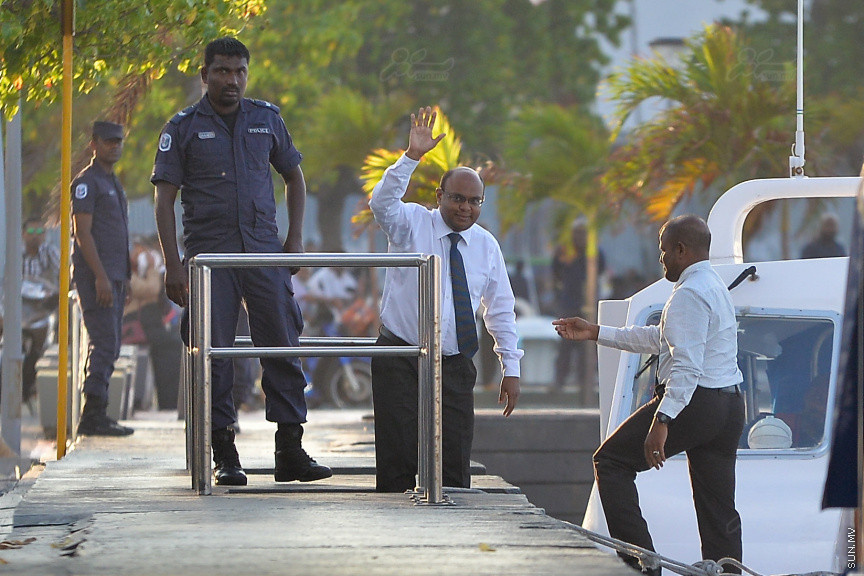 Chief Justice Abdulla Saeed gestures as he boards a speedboat for transportation back to detention after a hearing. (Sun Photo/Mohamed Afrah)

Saeed, Sinan and Ilhaam were charged under the Anti-Terrorism for conspiring to overthrow the Maldivian government in 2018.

PG Aishath Bisham has confirmed the decision to drop the charges against the three.

Bisham reports they were informed of the decision to dismiss the charges last week.

Former Chief Justice Abdulla Saeed has additional charges pressed against him; exercising undue influence in carrying out a legal duty, bribery, and obstruction of justice following the Supreme Court order to free detained politicians on February 1, 2018.