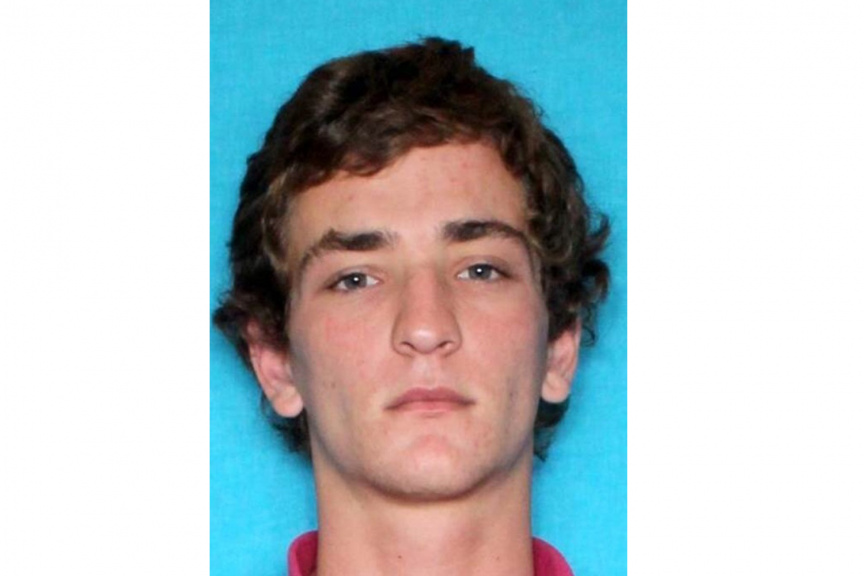 NEW ORLEANS (AP) — Authorities in Louisiana said they are searching for an "armed and dangerous" 21-year-old accused of killing his parents and three others in two separate but related shootings Saturday.

Authorities say Dakota Theriot first shot and killed three people — the woman believed to be his girlfriend, her brother and father — in Livingston Parish before taking her father's truck, driving to neighboring Ascension Parish where he shot and killed his parents.

"We are totally focused on finding him. We're following every lead that we come up with," said Livingston Parish Sheriff Jason Ard during an evening news conference streamed online.

Theriot was being sought on first-degree murder and other charges. He was believed to be driving a stolen 2004 Dodge Ram pickup, gray and silver in color.

Authorities have identified the victims in Livingston Parish as Billy Ernest, 43; Tanner Ernest, 17; and Summer Ernest, 20. Ard said Summer Ernest and Dakota Theriot were in a relationship and that Theriot had been living with her family for a few weeks.

But he said after talking with Summer's mother, there was no indication of any red flags ahead of Saturday's multiple shootings.

Authorities earlier identified the other two victims as Theriot's parents — Keith, 50, and Elizabeth Theriot, 50, of Gonzales.

They were shot in their trailer on Saturday morning.

"The father was gravely injured at the time we found him and has since passed away," said Ascension Parish Sheriff Bobby Webre. But before he died, Webre said authorities were able to get a "dying declaration from him, and only enough information to let us know that it was his son that committed this act."

Webre said there were indications that Theriot was traveling east and maybe was in another state by now.

Ard said Dakota Theriot is believed to be armed with at least one handgun.

"We do not have a motive. It is still undetermined," Ard said.

"My family met him last weekend at a birthday party and didn't get good vibes from him," DeYoung said. She said she wasn't sure how her niece and Theriot met, but that she believed the relationship was relatively new.

"My mom is a good judge of character and she just thought he was not good," DeYoung said of Theriot.

DeYoung said she skipped the birthday party and didn't meet Theriot herself. DeYoung said Summer and Tanner Ernest were two of Billy's three children. He was also raising his wife's children.

DeYoung said Theriot doesn't have a vehicle and she's not sure how he ended up at the Ernest home on Saturday, but after the killings, he took off in her brother's truck.

There were also two young children in the home at the time. DeYoung said a 7-year-old took the baby out of the house and went to a neighbor's.

DeYoung said her brother, niece and nephew were good people.

"They all had very good hearts. They trusted people too much," she said, as she began crying. "They all loved unconditionally."

Charlenne Bordelon lives near the house where the Ernests were killed. She told The Advocate newspaper that two young children from the house ran to her home. They were uninjured and asked for help after the shooting.

Bordelon said Theriot was the older daughter's boyfriend and that he'd recently moved in with the family but she did not know him.

A Facebook page appearing to belong to Dakota Theriot was filled with defensive and sometimes angry posts. He shared someone else's post in June that said "wish i could clear my mind jus for one day" (sic) with a sad face emoji.

In May, he reposted something saying, "If you have a problem with me, tell me. Not everyone else."

He also shared someone else's post that said, "I don't care what people say about me I know who I am and I don't have to prove anything to anyone."

Webre said Dakota had lived with his parents briefly but was asked to leave the residence and not return.

"I would not approach this vehicle. We feel no doubt that Dakota is going to be armed and dangerous, and we need to bring him to justice really quick," Webre said.

Webre said Dakota Theriot had some run-ins with law enforcement in other parishes that he described as misdemeanor-type incidents that did not include violence: "Certainly nothing of the magnitude that we've seen today."

Webre said there was no reason to think Theriot was now targeting someone else but warned that because he's armed and dangerous: "Anybody he comes into contact with could be a target."