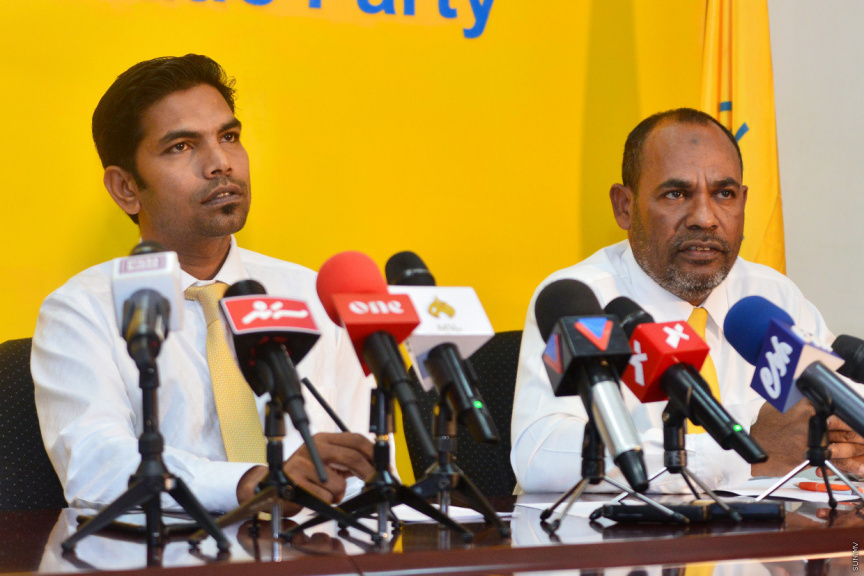 Main ruling party, Maldivian Democratic Party (MDP) reports the party will use 270 ballot boxes for its primary for the parliamentary elections.

MDP Primary is scheduled to be held on January 18.

Speaking during a press conference by MDP this Wednesday, Deputy Leader of MDP, Mohamed Shifaz said 279 candidates will be running for the MDP Primary and the party will use 270 ballot boxes for the elections.

89,091 of its members have registered to vote in the MDP Primary.

In addition to Maldives, voting will also be carried out in Sri Lanka, India and Malaysia.

Some of the locations of the polling stations in Male’ City has already been announced, and the party says it will release the final list of locations later this Wednesday.

The party says it has asked for assistance from Maldives Police Service to maintain security at the polling stations.

In answer to a question posed by the press regarding allegations of MDP’s elections officials stuffing ballot boxes during its previous internal elections, Shifaz said such allegations were commonplace during every election.

“But it’s because of our arrangements to prevent such practices during our internal elections that we are able to hold successful major elections,” said Shifaz.

Shifaz said the ballot papers for the MDP Primary has security features, and the voter lists will be shared by observers and the name of each and every voter will be announced loudly enough for observers to be able to hear in order to avoid any issues.

MDP is the only Maldivian political party holding a primary for the Presidential Elections 2019 – which will be held on April 6.

Nasheed: Only MDP understands what a ‘pledge’ is