Mahloof meets with President of FIFA 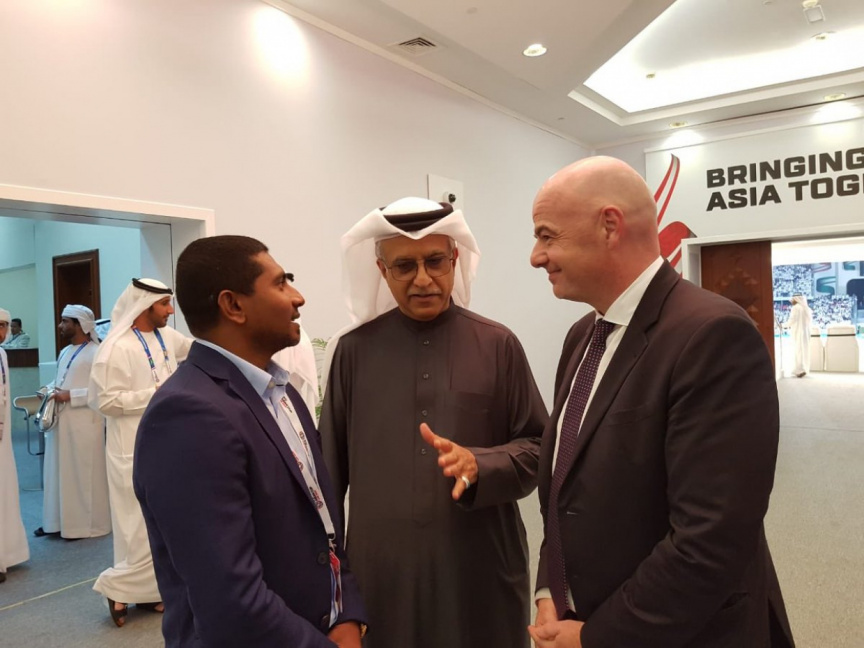 Mahloof met Infantino, last Saturday, in the sidelines of opening of the AFC Asian Cup and the AFC congress in Abu Dhabi, UAE.

He also met with President of AFC, Salman bin Khalifa, who extended the invitation to Mahloof to attend the opening of the AFC Cup.

He tweeted that he assured both Infantino and Sheikh Salman of his commitment to working closely together with both FIFA and AFC.

Mahloof, in December, established a committee to look into why Maldives lost its opportunity complete in the AFC Cup – leading to exchange of words between Ministry of Youth, Sports and Community Empowerment and the Football Association of Maldives (FAM).

FAM protested the same issue cannot be looked into by a third party, and brought it to the attention of AFC.

Mahloof, after meeting with Sheikh Salman in London later in December, provided his assurance Maldives will fully comply with FIFA’s regulations.

Ex-President Yameen presents himself for questioning