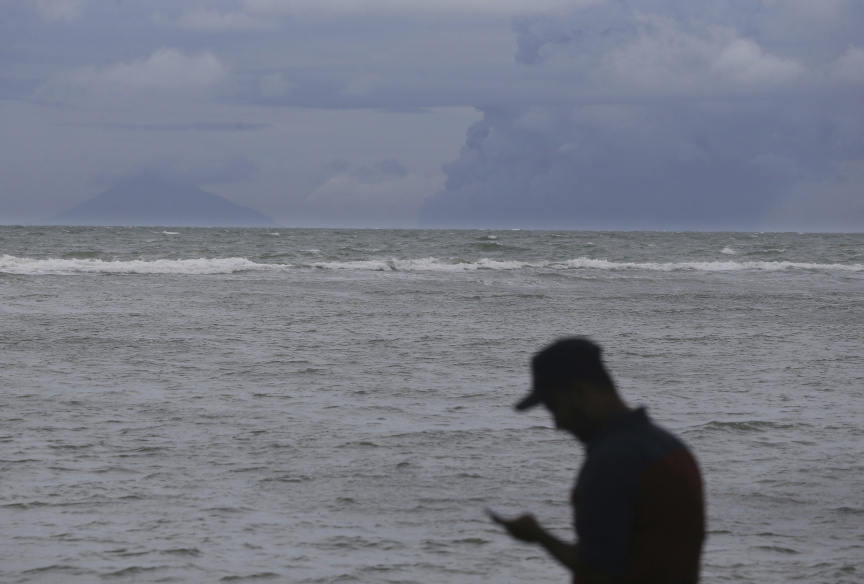 MANILA, Philippines (AP) — A strong undersea earthquake struck off the southern Philippines on Saturday and the head of the country's quake-monitoring agency advised people in a southeastern province to avoid beaches in case of a tsunami.

No casualties or damage have been reported, and the Pacific Tsunami Warning Center lifted its warning for a potential tsunami that could hit coastal areas of the southern Philippine and Indonesia.

The Philippine Institute of Volcanology and Seismology said that the quake was detected at a depth of 49 kilometers (30 miles) and a magnitude of 7.1 about 162 kilometers (100 miles) off Davao Oriental province. It said that it could generate aftershocks but the agency did not expect any damage.

The U.S. Geological Survey said the quake hit at a depth of 60 kilometers (37 miles) and measured 6.9.

Renato Solidum, who heads the quake-monitoring institute, said that a major tsunami was unlikely given the depth of the quake and other factors but advised villagers to avoid the beach in Davao Oriental province and outlying regions for about two hours after the quake struck around noon as a precaution.

The quake was felt in some coastal areas, he said.

Indonesia's Meteorology and Geophysics Agency said the quake doesn't have a potential to cause a tsunami affecting Indonesia.