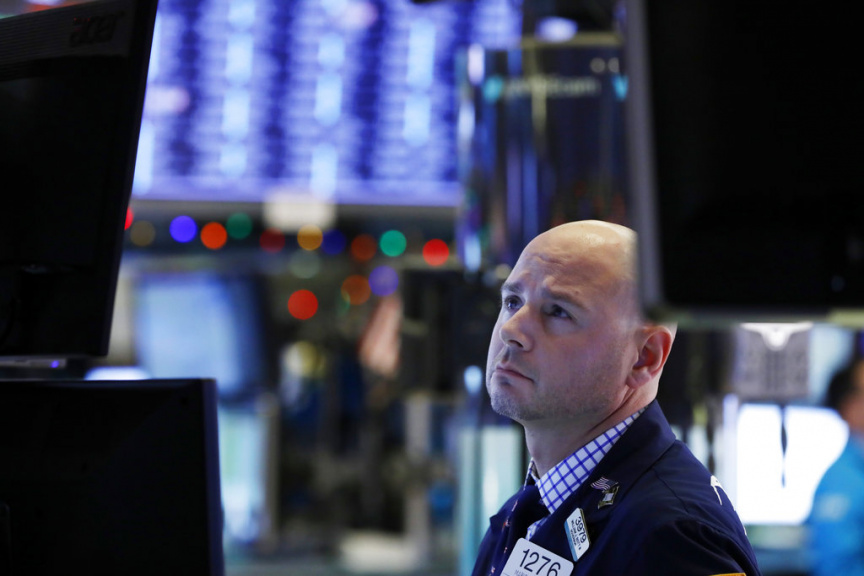 Slowing economic growth globally and a partial U.S. government shutdown heading into its sixth day whipsawed markets from Europe to Asia. Dow futures pointed to a 400-point loss less than two hours before the opening bell, following a 1,000-point gain the previous day.

On Wednesday, U.S. markets snapped a four-day losing streak and clocked their best day in more than 10 years as the Dow jumped 5 percent, or 1,086 points, to 22,878.45. Advisers to President Donald Trump said there were no plans to oust Fed chairman Jerome Powell, though his sentiment on the man he nominated, played out it tweets, seem as volatile as the stock markets. Strong holiday sales, up more than 5 percent during the holiday season in the U.S., also lifted spirits in the shortened trading week. Mastercard SpendingPulse said U.S. shoppers spent more than $850 billion this year.

"The question, of course, is whether this is just a snapback bear market rally, or as Trump said, a tremendous opportunity to buy stocks?" Chris Weston of Pepperstone Group Limited said. "We can assess the fundamental drivers, such as poor global economics, the Fed not altering its forward guidance or providing flexibility to the pace of balance sheet normalization, and ascertain nothing has really changed here," he added.

Bloomberg reported that the U.S. will send a government delegation to hold trade talks with Chinese officials in Beijing in the week starting Jan. 7. It cited two people familiar with the matter. This follows a meeting between U.S. President Donald Trump and his Chinese counterpart Xi Jinping in Argentina earlier this month. The two leaders agreed to hold off on additional tariffs for 90 days, to work on disagreements on trade and technology policies.

Benchmark U.S. crude dropped 86 cents to $45.36 a barrel in electronic trading on the New York Mercantile Exchange. The contract posted its biggest one-day gain in more than two years and settled at $46.22 a barrel in New York on Wednesday. Brent crude, used to price international oils, shed $1.11 to $53.36 a barrel.

Euro currency remains a work in progress of 20 years