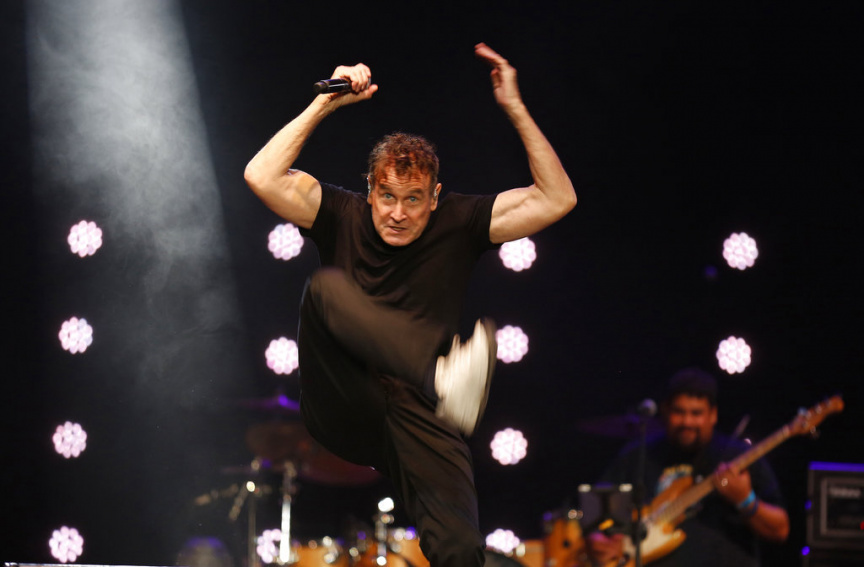 FILE - In this file photo dated Saturday, Nov. 11, 2017, musician Johnny Clegg performs on stage during his own farewell concert in Johannesburg. The 65-year old Clegg who has survived pancreatic cancer for the last few years, says in an interview broadcast Tuesday Dec. 18, 2018, he has a greater awareness of mortality and enjoys feeding birds in his garden. (AP Photo/Denis Farrell, File)

JOHANNESBURG (AP) — South African musician Johnny Clegg says he is an "outlier" who has survived pancreatic cancer for the last few years, but he is preparing for hard times ahead.

Clegg, whose multi-racial bands during white minority rule in South Africa attracted an international following, says in an interview with South African news channel eNCA that a greater awareness of mortality made him enjoy things such as growing flowers and feeding birds in his garden.

Clegg, 65, didn't leave the stage, though. Last year, with the cancer in remission, he launched a final tour and performed in South Africa and at international venues.

In the interview broadcast Tuesday night, Clegg says the "toughest part of my journey will be the next two years, so I'm kind of geared up for that."