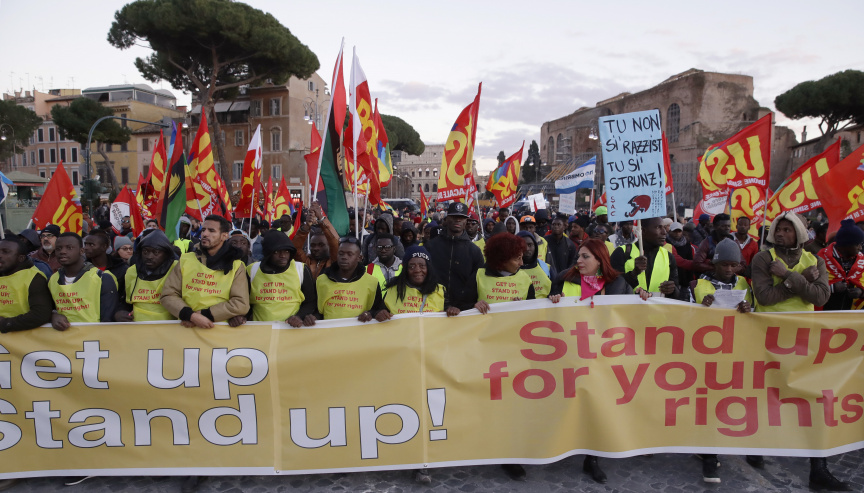 People demonstrate in Rome Saturday, Dec. 15, 2018. “Get Up! Stand Up! Stand Up for your rights!” against racism and the government's immigration policies was the slogan of protesters against the so-called “Salvini decree”, that aims to reduce the number of migrants granted humanitarian protection. (AP Photo/Alessandra Tarantino)

BRUSSELS (AP) — Police fired tear gas and water cannons on demonstrators who had congregated around the European Union's headquarters in Brussels after marching against a new United Nations migration pact.

About 5,000 people gathered on Sunday for the march that local authorities initially banned for fear of violence. Belgium's high court overturned the ban, citing the right to protest peacefully.

Police in Brussels say some protesters became violent when they were asked to disperse from outside the EU building.

The Belgian government had to be revamped last week because the biggest coalition party opposed Prime Minister Charles Michel's decision to sign the pact, which is meant to streamline and smooth international mass migration.