Girl injured from cement bag is a Bangladeshi national 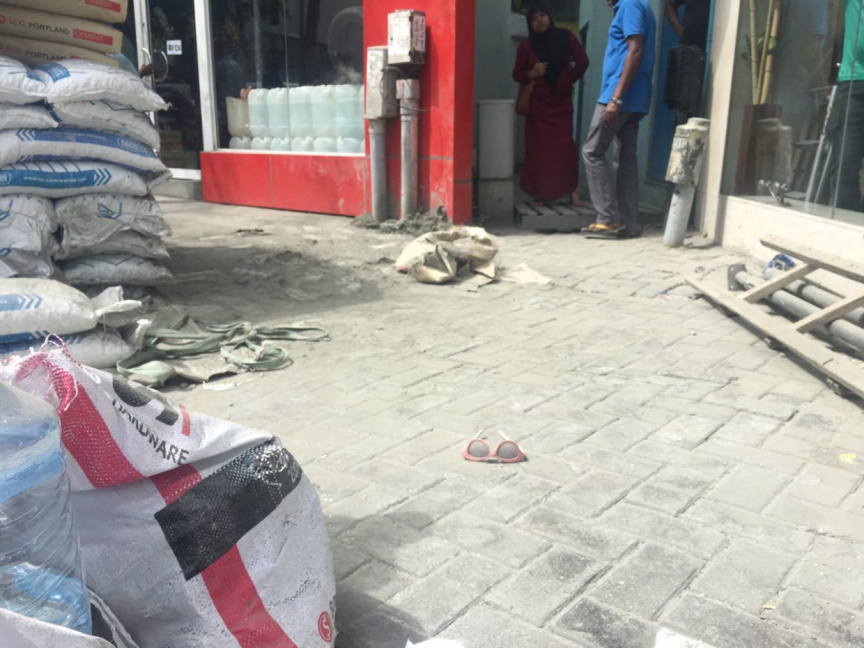 Scene of the construction accident in Male' City on 16 December 2018 shows nine-year-old girl walking on the pavement moments before a bag of cement fell on top of her, resulting in massive injuries. (Photo/Reader)

Mayor of the Male’ City Council, Shifa Mohamed, has said that the nine year old girl who hospitalized after a loaded cement bag fell from the fifth floor of Maafannu Nalahiya Manzil was on holiday in the city.

She is currently being treated at Indira Gandhi Memorial Hospital (IGMH) in critical condition.

Talking to the press today, Mayor Shifa, said that girl is the daughter of a doctoring working in Faafu atoll. And she was in the country with her parents on holiday.

Checking on her status at the hospital, Mayor Shifa told Sun Media that the girl has dislocated her shoulder and sustained extensive injuries to her legs.

The cement sack was being lifted from the fifth floor to the sixth floor of M. Nalahiya Manzil when the bag hit the side of the building and burst open – loosening the rope around it.

Mayor Shifa said the contractor, W Construction, has permit for the construction site, but that the area was not closed off as required by regulations when the work was being carried out.

She said the tragic accident took place with a meeting scheduled with construction companies to discuss the very same issue on Monday.

Video of the incident shows the girl walking on the pavement with an adult woman walking behind her, and a bag of cement falling on her head.