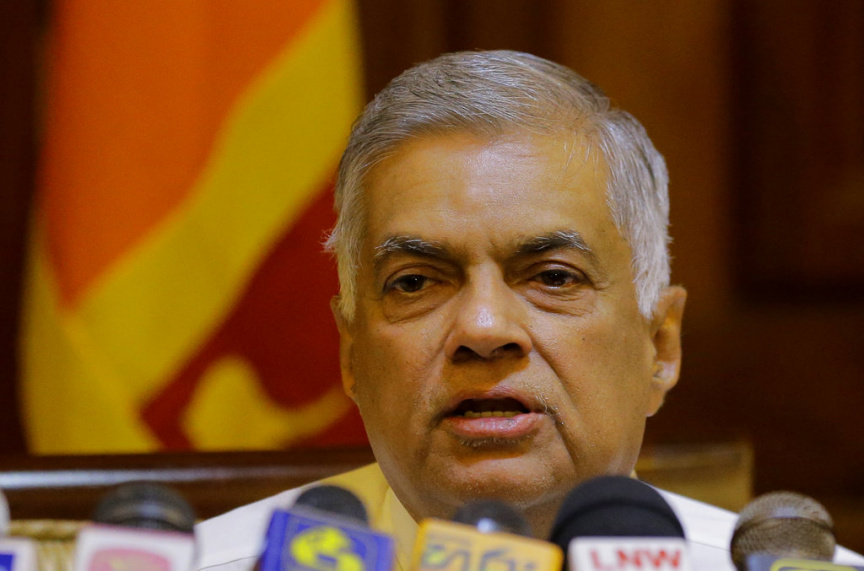 A seven-member bench of the highest court ruled that Sri Lanka's president lacks the power to dissolve Parliament at will before 4 ½ years from the day of its first sitting, citing Sri Lanka's 19th constitutional amendment that was passed in 2015, according to opposition counsel Jayampathy Wickramaratne.

Sri Lanka's crisis began in October when Sirisena abruptly sacked then-Prime Minister Ranil Wickremesinghe and appointed former strongman Mahinda Rajapaksa in his place, the culmination of years of infighting over Wickremesinghe's economic reforms and his efforts to investigate alleged abuses during Sri Lanka's long civil war, which ended in 2009. The military under Rajapaksa has been charged with carrying out some of the alleged abuses.

While political norms dictate Sirisena respect the high court's verdict, the court has little recourse to force him to, legal experts said.

Soon after being appointed prime minister, Rajapaksa sought to secure a majority in Parliament but failed. In response, Sirisena dissolved Parliament and ordered new elections, but those actions were halted by the Supreme Court.

Since then Rajapaksa has been defeated twice in no-confidence motions in Parliament and also had his and his ministers' budgets stripped by majority votes.

Despite Rajapaksa not having Parliament's confidence, Sirisena has resisted calls to reappoint Wickremesinghe, ignoring warnings that such a refusal could amount to a breach of the Constitution.

Wickremesinghe on Wednesday won the support of 117 members in the 225-member Parliament to function as the prime minister.

Lawmakers could move to impeach Sirisena, but impeachment requires 2/3 of votes in Parliament, and with Wickremesinghe commanding only a simple majority, an impeachment is seen as an unlikely outcome.

Last month's no-confidence votes against Rajapaksa in Sri Lanka's Parliamentary chamber descended into chaos, with Rajapaksa supporters occupying the speaker's chair and throwing books and water mixed with chili powder to try to prevent a vote. The speaker announced that the votes were passed by voice and that there was no longer a prime minister or Cabinet.

However, Rajapaksa continued in office with Sirisena's backing. Lawmakers opposed to Rajapaksa filed another petition at the Court of Appeal, which ordered him and his ministers to stop functioning in their positions until the case was concluded.

With Sri Lanka effectively lacking a functioning government, some officials worry it will be unable to pass a budget to finance government activities beyond 2018.

UK PM May says she will leave by 2022 election