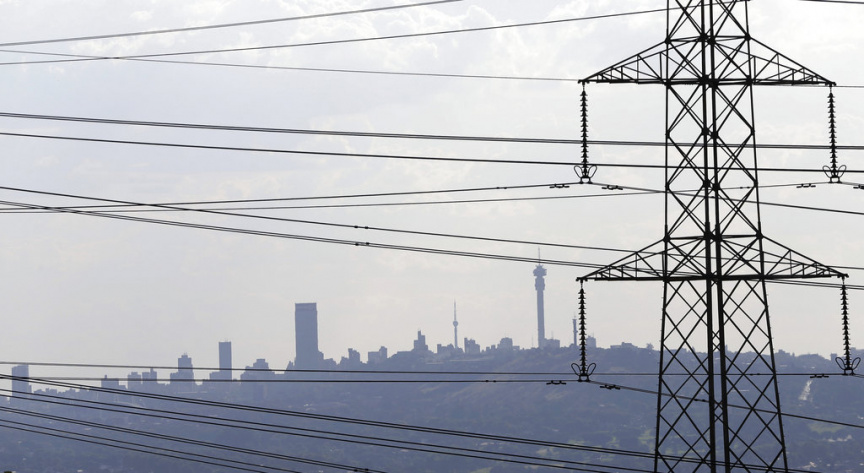 JOHANNESBURG (AP) — South Africa's troubled power utility on Tuesday implemented power cuts nationwide, intensifying concern about growth in one of Africa's biggest economies even as the country announced it has emerged from recession.

State-owned Eskom said it took the measure, which followed similar cuts in recent days that disrupted businesses, as a "last resort to protect the power system from a total collapse or blackout."

Eskom attributed the rotational cuts, known as "load-shedding," to breakdowns at power generation plants and said teams were working to restore service. The restrictions were cutting 2,000 megawatts nationally between 9 a.m. and 10 p.m., the utility said.

While Eskom's problems are seen as a threat to the economy, the government delivered some good news. The economy grew by 2.2 percent in the third quarter of 2018, the state statistics agency said, meaning the recession recorded earlier this year has ended.

Many economists predict growth for the year will be under 1 percent, reflecting further stagnation in a country with an official unemployment rate of more than 27 percent.

Debt-laden Eskom, which provides most of South Africa's electricity, is at the center of efforts by President Cyril Ramaphosa to rid state-owned enterprises of corruption and mismanagement after the scandal-tainted tenure of predecessor Jacob Zuma, who resigned in February.

Eskom heavily relies on coal to generate power, but says it faces shortages. It previously had procurement deals with mines that were being run by the Guptas, a business family with close ties to Zuma. The Guptas, who deny wrongdoing, are accused of trying to influence appointments of government officials as a way to loot state coffers. A South African commission is investigating allegations of large-scale corruption during the Zuma era.

Eskom has new leadership, but its debt is more than $30 billion and sales are stagnant. It is also struggling to get some municipalities to pay debts to the utility.

"We are locked into a permanent loss-making position," Eskom chairman Jabu Mabuza said last week, according to the African News Agency. He added: "We are spending more and having to borrow more at higher costs to repay what we previously borrowed and cannot afford to repay from our declining profits."

South Africa must have reliable energy sources for its economy to flourish, said the leader of South Africa's biggest opposition party.

"This will mean that we have to split Eskom, allow for municipalities to purchase energy directly from other power producers," tweeted Mmusi Maimane, head of the Democratic Alliance party.

South Africa has experienced significant blackouts in the past, particularly in 2008.

Deaths climb to 72 in SAfrica riots after Zuma jailed

S. Africa’s ex-leader turns himself in for prison term