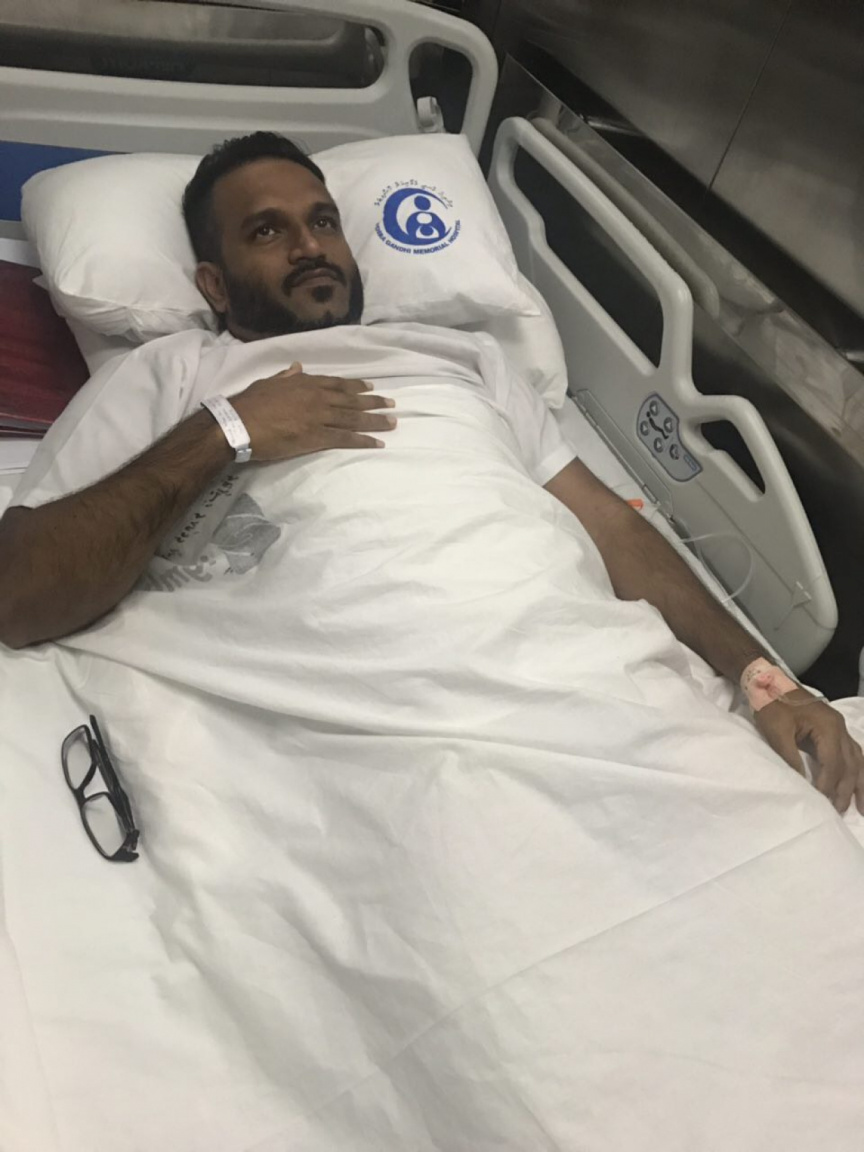 Former Vice President Ahmed Adeeb Abdul Gafoor has been taken into the operation theater for surgery to remove stones from his kidney.

Adeeb is undergoing surgery at the Indhira Gandhi Memorial Hospital (IGMH) where he has been receiving treatment for the past week.

Adeeb’s spouse, Mariyam Nashwa reports he was taken into the operation theater at 8:30 am this Monday.

Adeeb’s been taken into the operation theater at 8:30 AM. Praying for him to have a successful surgery and recovery. pic.twitter.com/6K3Zfo8Slv

Adeeb had previously filed a case with the Human Rights Commission of Maldives (HRCM) alleging failure by the State to provide his with sufficient medical care during his incarceration.

The former VP and Minister of Tourism has been found guilty of involvement in the Maldives Marketing and Public Relations Corporation (MMPRC) embezzlement scandal and an explosion on board a presidential speedboat former President Abdulla Yameen Abdul Gayoom, former First Lady Fathimath Ibrahim and a number of other high-ranking State officials were on board – and has been sentenced to 33 years in prison.

He is also in the middle of trial on a number of other charges linked with the MMPRC scandal.