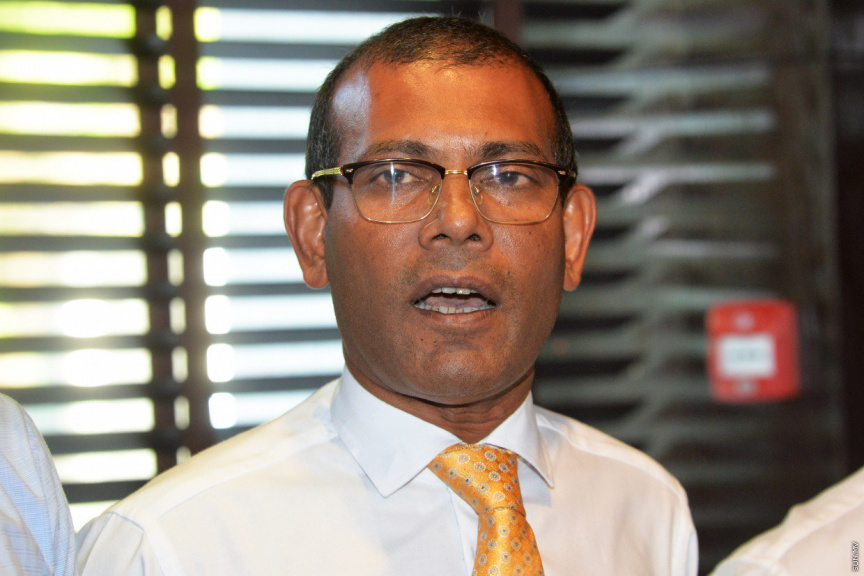 Nasheed made the comment during an interview with RaajjeTV last Saturday night, when he was asked if he plans on pushing the current administration to adopt a parliamentary system of governance.

He did not provide a direct answer and instead accused RaajjeTV of attempting to create “sensation”.

“I well understand you want sensation. That the objective of RaajjeTV is to create division and hatred. A fault line. But understand this, our [Nasheed and President Ibrahim Mohamed Solih’s] hands will not falter,” said Nasheed, voicing criticism against RaajjeTV for the first time.

He said he understood it was the objective of the press to create questions.

“I understand the press wants to create a lot of questions in the minds of the people. And it may be right in your brand of journalism. But I will not drop to that level,” said Nasheed.

The former President said it was his opinion that only a parliamentary system can help establish political stability in Maldives. But said he also believes President Solih should be allowed to complete his five-year presidential term.

Nasheed: Anti-Islamic label used as premise to harm me