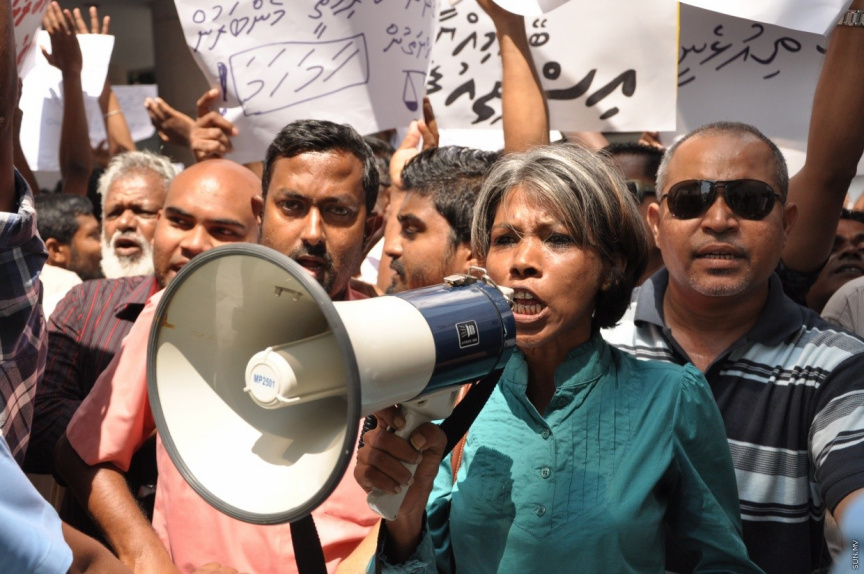 Aishath Velizinee pictured during a protest in 2010. (File Photo/Sun/Ali Naseer)

The arrest of Velizinee has been condemned by a number of politicians and members of the general public who argue she is mentally unfit and therefore needs to be released from police custody and provided with medical care.

Maldives Police Service issued a press release this Wednesday, in which it said Velizinee was arrested last Tuesday for investigation into a case involving statements made via her personal Facebook and Twitter accounts debasing the religion of Islam.

MPS said Velizinee will receive all her constitutional and legal rights, which includes the right to medical care if required.

In 2017, Ministry of Islamic Affairs declared Velizinee an apostate. And on May 23, 2017, Maldives Police Service issued a public summons asking Velizinee to present herself for questioning within 14 days.

Velizinee was arrested promptly after her return from self-exile last Tuesday.