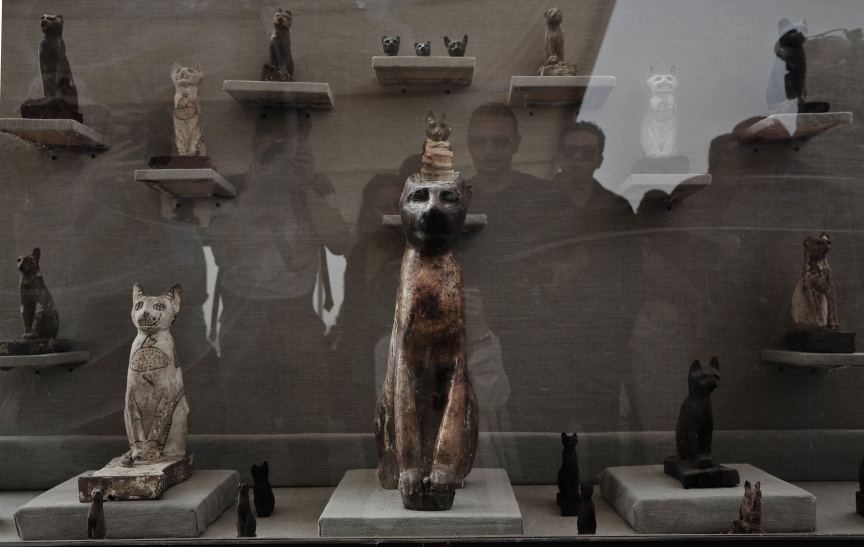 Mostafa Waziri told reporters Saturday that the discovery at Saqqara also includes mummies of scarabs, the first ever to be found in the area.

Of the statues found, those depicting cats were the majority, reflecting the reverence ancient Egyptians showed the felines, whose God Bastet was worshipped. Other statues depicted a lion, a cow and a falcon.

Egypt has been whipping up publicity for its new historical discoveries in the hopes of reviving a devastated tourism sector still recovering from the turmoil following a 2011 uprising that toppled longtime autocrat Hosni Mubarak.