Parade to be held to celebrate Republic Day 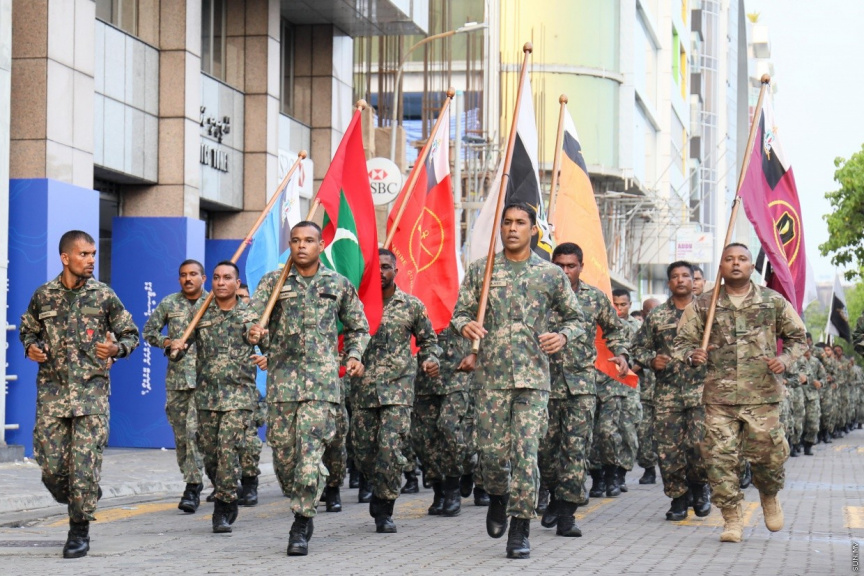 Maldives National Defense Force (MNDF) has announced it will hold a parade to celebrate the country’s 50th Republic Day next Sunday.

The parade will be held at the capital, Male’ City, on Sunday evening.

The parade will stop at three locations; in front of Alimas Carnival, in front of Dharubaaruge, and near Villa College.