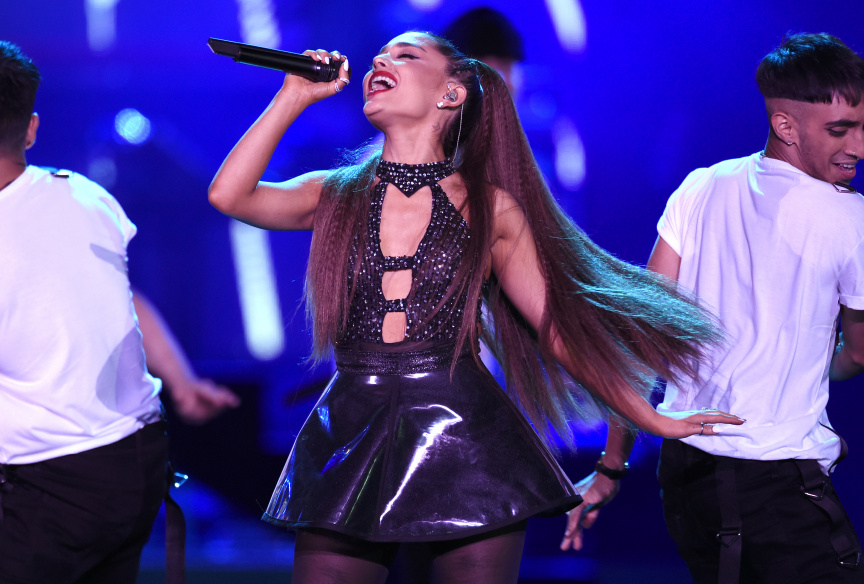 In this June 2, 2018 file photo, Ariana Grande performs at Wango Tango in Los Angeles. Grande has released a song referencing her exes, including former fiance and “SNL” star Pete Davidson and the late Mac Miller. (Photo by Chris Pizzello/Invision/AP, File)

The midtempo song "Thank U, Next" references past splits and expresses gratitude for what she has learned from the relationships. She talks about a Sean — she dated rapper Big Sean — and a Pete and Malcolm, which is the real first name of Miller. She says she wishes she could thank Malcolm and calls him an angel. The rapper died of a drug overdose in September.

Meanwhile, an emotional Davidson referenced the split on "SNL," calling her a "wonderful, strong person."

Elly: A star in the making