Madrid goes after new coach to save its season 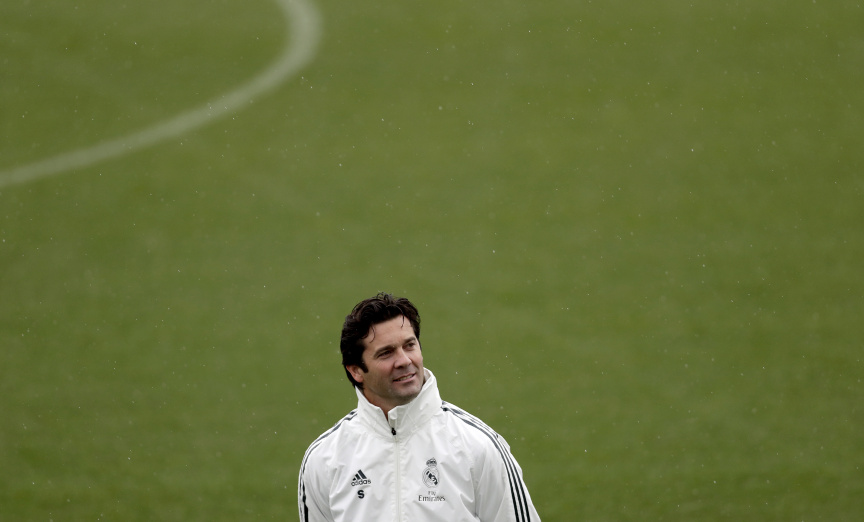 MADRID (AP) — The search is on for a new coach at Real Madrid.

With the team reeling from a demoralizing loss to Barcelona and far from the top in the Spanish league standings, Madrid is looking for someone who can turn things around and save the season.

Former player Santiago Solari, coach of Madrid B, was in charge of practice on Tuesday, but the club was in a hurry to find a replacement.

Madrid fired Julen Lopetegui on Monday, saying it was time to "change the team's dynamic while all of its objectives for the season were still reachable."

The club said the team deserved better results with the quality of players it has. Under Lopetegui, Madrid won six matches, lost six and drew two. The team is ninth, seven points behind leader Barcelona after 10 matches.

"Ultimately, the way a dressing room is managed is sometimes more important than a coach's technical knowledge," Real Madrid captain Sergio Ramos said after the Barcelona loss at Camp Nou.

It wasn't exactly clear what type of coach Madrid was looking for, whether it was a hardliner like Antonio Conte or a more compromising figure like Roberto Martinez. The team's recent success came with the calm-mannered Zinedine Zidane. Then again, he had Cristiano Ronaldo. Both departed in the offseason.

Madrid can go with the home solution again. Solari has been following the same path as Zidane, his former teammate and also a former coach of Madrid's B squad.

"Nobody can be compared to Zidane," Solari said on Tuesday. "We can leave him and his greatness alone. He was one of the greatest we have ever had at Madrid."

Solari will be in charge on Wednesday when Madrid faces third-division club Melilla in the Copa del Rey. The team then plays on Saturday at home against Valladolid in the Spanish league.

"I see the players motivated to get back to winning," Solari said. "This is a team of champions, of warriors. It's a complicated moment but that's when you see their character. We'll go day by day, little by little, and then we'll see what happens."

Here's a look at the top coaches considered candidates to take over Madrid:

The Italian is touted by Spanish media as the front-runner.

He carries the experience of having coached Chelsea and Italy, but against him is the fact that his authoritarian style may not bode well with a Madrid squad filled with strong-minded veterans.

"Respect is something that you earn, not that you impose," Ramos said.

His arrival could also make it harder for Madrid to sign Belgium playmaker Eden Hazard, who was at odds with Conte at Chelsea.

Another drawback is that Conte still has money to receive from Chelsea, so reaching a financial agreement would not be something straightforward.

The Spaniard gained prominence after leading Belgium to a third-place finish at the World Cup, and many back him over Conte because of his calmer demeanor.

"It seems like he is a better option," said Jorge Valdano, a former Madrid player and coach who commentates on TV. "He is a coach who can help this team turn things around. He seems a better fit for Real Madrid."

Against the 45-year-old Martinez is the fact he has no experience with a top club. His last job before taking over Belgium in 2016 was with Everton in England. In 2013, the former player led Wigan to the FA Cup title.

An agreement with Martinez also isn't straightforward as he remains under contract with Belgium for a few more months.

Solari is the interim coach and hasn't been ruled out as a candidate for the permanent position.

The 42-year-old former Argentina midfielder played for Real Madrid in the early 2000s and has been back with the club for some time.

He helped the team win the 2002 Champions League, being involved in the play that led to Zidane's superb winner in the final.

He has been coaching Real Madrid B since 2016, taking over not long after Zidane left to coach the main squad.

Others considered longshots but can't be fully ruled out include Arsene Wenger, Jose Mourinho, the former Madrid coach who is struggling with Manchester United, and Tottenham manager Mauricio Pochettino.