Foreign minister to Germans: get off the couch, fight racism 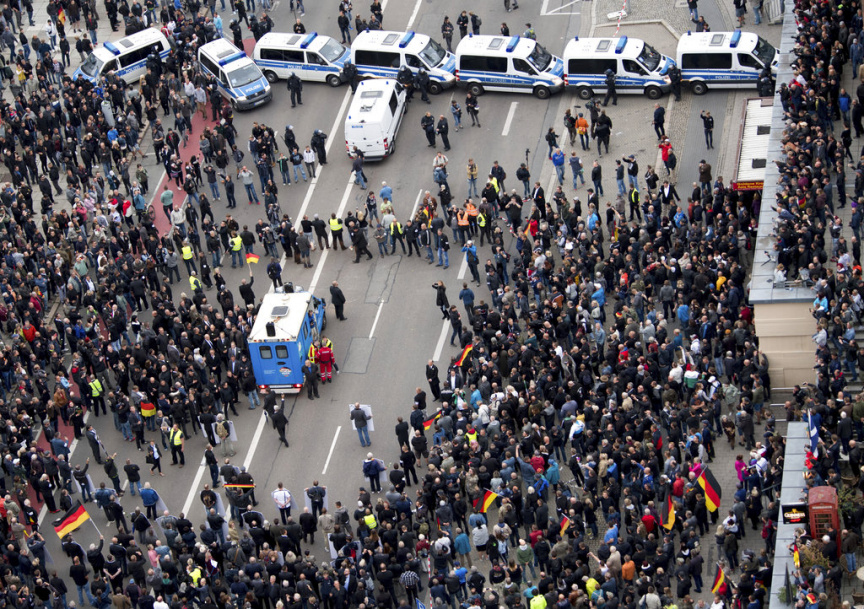 Police cars stand across the road as police separate leftist and nationalist demonstrators in Chemnitz, eastern Germany, Saturday, Sept. 1, 2018, after several nationalist groups called for marches protesting the killing of a German man last week, allegedly by migrants from Syria and Iraq. (dpa via AP)

CHEMNITZ, Germany (AP) — Germany's foreign minister told his fellow countrymen Sunday they're too lazy when it comes to battling racism and fighting for democracy.

"We have to get off the couch and open the mouth," Heiko Maas said in an interview with weekly Bild am Sonntag. "Our generation was given freedom, rule of law and democracy as a present. We didn't have to fight for it; (now) we're taking it too much for granted."

Maas' comments followed Saturday's demonstrations by about 4,500 far-right protesters in Chemnitz, who were rallying against migration a week after a German was killed in the eastern city, allegedly by two migrants from Iraq and Syria. Around 4,000 leftist protesters also marched through the city in a counter-protest, and 1,800 police officers were deployed to keep the groups apart.

Eighteen people, including three police officers, were injured during the rallies, which at times were very tense, especially after police ended a march of the far right groups early.

After the rallies were over, small groups clashed with each other, police reported.

Soeren Bartol, a lawmaker with the Social Democrats, tweeted that after the end of the protests he and his group "were attacked by Nazis" who destroyed their party flags and physically attacked some of them.

Far-right activists and leftist groups had already clashed in Chemnitz on Monday, a day after the 35-year-old German man's death. Scenes of vigilantes chasing foreigners in the city's streets have shocked people in others parts of Germany since then.

The tension that has built up over the past week in Chemnitz, reflects the growing polarization over Germany's ongoing effort to come to terms with an influx of more than 1 million refugees and migrants seeking jobs since 2015.

The far right has constantly criticized Chancellor Angela Merkel's decision to allow in hundreds of thousands of asylum-seekers from war-torn countries like Syria, Iraq and Afghanistan.

On Monday, thousands of people are expected to travel to Chemnitz again, this time, however, to visit a free open air concert that has been quickly organized by some of the country's most popular bands, including the rock group Tote Hosen, as a stand against far-right nationalism and anti-migrant prejudice.