'Touch the sun': NASA spacecraft hurtles toward our star 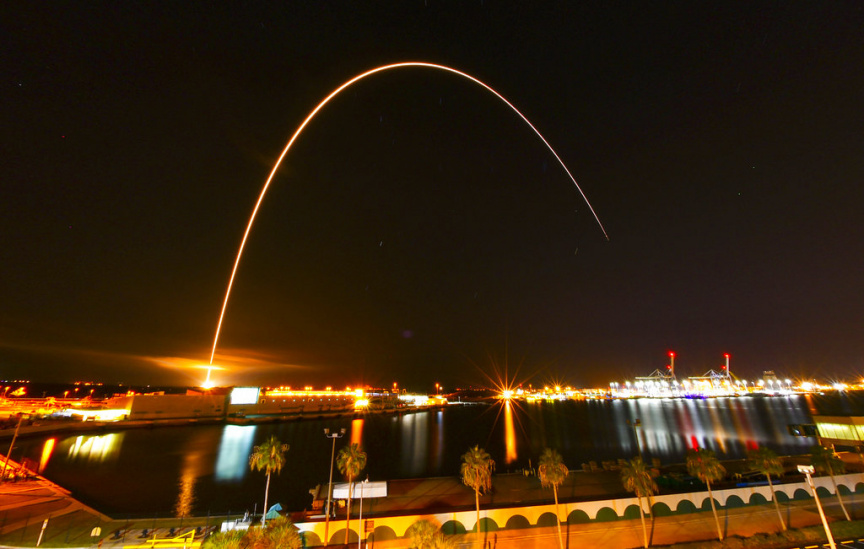 CAPE CANAVERAL, Fla. (AP) — Embarking on a mission that scientists have been dreaming of since the Sputnik era, a NASA spacecraft hurtled Sunday toward the sun on a quest to unlock some of its mysteries by getting closer than any object sent before.

If all goes well, the Parker Solar Probe will fly straight through the wispy edges of the sun's corona, or outer atmosphere, in November. In the years ahead, it will gradually get within 3.8 million miles (6 million kilometers) of the surface, its instruments protected from the extreme heat and radiation by a revolutionary new carbon heat shield and other high-tech wizardry.

Altogether, the Parker probe will make 24 close approaches to our star during the seven-year, $1.5 billion journey.

"Wow, here we go. We're in for some learning over the next several years," said Eugene Parker, the 91-year-old astrophysicist for whom the spacecraft is named.

It was Parker who accurately theorized 60 years ago the existence of solar wind — the supersonic stream of charged particles blasting off the sun and coursing through space, sometimes wreaking havoc on electrical systems on Earth.

This is the first time NASA has named a spacecraft after a living person.

As Parker and thousands of others watched, a Delta IV Heavy rocket carried the probe aloft, thundering into the clear, star-studded sky on three pillars of fire that lit up the middle-of-the-night darkness.

NASA needed the mighty 23-story rocket, plus a third stage, to get the Parker probe — the size of a small car and well under a ton — racing toward the sun, 93 million miles (150 million kilometers) from Earth.

It was the first rocket launch ever witnessed by Parker, a retired University of Chicago professor. He said it was like looking at photos of the Taj Mahal for years and then beholding the real thing in India.

"I really have to turn from biting my nails in getting it launched, to thinking about all the interesting things which I don't know yet and which will be made clear, I assume, over the next five or six or seven years," Parker said on NASA TV.

Among the mysteries scientists hope to solve: Why is the corona hundreds of times hotter than the surface, which is 10,000 degrees Fahrenheit (5,500 degrees Celsius)? And why is the sun's atmosphere continually expanding and accelerating, as Parker theorized in 1958?

"The only way we can do that is to finally go up and touch the sun," said project scientist Nicola Fox of Johns Hopkins University. "We've looked at it. We've studied it from missions that are close in, even as close as the planet Mercury. But we have to go there."

A better understanding of the sun's life-giving and sometimes violent nature could also enable earthlings to better protect satellites and astronauts in orbit, along with the power grids so vital to today's technology-dependent society, said Thomas Zurbuchen, NASA's science mission chief.

Even Fox has difficulty comprehending the mission's derring-do.

The 8-foot (2.4-meter) heat shield will serve as an umbrella that will shade the spacecraft's scientific instruments, with on-board sensors adjusting the protective cover as necessary so that nothing gets fried.

A mission to get up close and personal with our star has been on NASA's books since 1958. The trick was making the spacecraft compact and light enough to travel at incredible speeds and durable enough to withstand the punishing environment.

"We've had to wait so long for our technology to catch up with our dreams," Fox said.

The Associated Press Health & Science Department receives support from the Howard Hughes Medical Institute's Department of Science Education. The AP is solely responsible for all content.